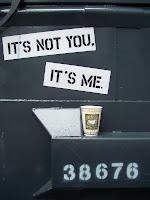 To read my other pieces on Haiti, please go to:
Haiti: A Little Bit About Important People in Their Own Words

As I wrote last week, Washington politicians couldn’t even wait for the aftershock to figure out ways for the Haitian earthquake tragedy to be all about adoption

Adoption advocates met Thursday in the Capitol Hill office of Sen. Mary Landrieu, D-La., (right) to discuss the quake’s impact on adoptions. Many parents have been pushing to see if the State Department can expedite adoption proceedings, because they fear orphanages will need to serve other children left homeless or alone after the quake.

Although we’ve seen the quotables of random politicians since then, and the highly publicized Rendell baby lift of healthy uninjured BRESMA ” orphans,” some without “adoption plans,” we heard no more about the Landrieu sit down. Now we have a January 20 letter, [pdf] addressed to Hillary Clinton, Janet Napolitano, and Dr. Rajiv Shah, Administrator Designate, US Agency for International Development, signed by 50 Senators and Representatives (Landrieu, below right, the lead signer) posted on the JCICS website. 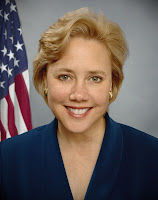 The letter outlines the Haiti adoption “concerns” of politicians and their adopta constituents. While signatories commend Homeland Security’s Office of Citizenship and Immigration Services for extending humanitarian parole for a small and limited number of children with “established adoptive relationships with US adoptive families,” they clearly aren’t happy that the high end figure of 600-700 in-process (or unvetted?) paps weren’t extended the same privilege. We say high end, since according to the US State Department the yearly average number of US placements from Haiti is around 225 (1998-2009). Adoptions in Haiti, in fact, can take several years to complete, which until now has discouraged a stampede by the desperate.

Now that Haitian court records are destroyed and Judge Rock Cadet dead, the sharks are circling. Fast trackers seem to think there is nothing in the way to stop forced fast adoption from Haiti. Politicians, paps, evangelical zealots in the Beltway and on the ground in Haiti, and an uneducated public demand that Haiti “cut the red tape.” They insist that the US sweep aside family and child safeguards, and legal, ethical and professional standards to bypass Haitian and US law to “expedite” the adoption process on “humanitarian grounds.” They never mention parent and child support, individual child sponsorship, family reunification or other programs to keep families together. Adoption for them, is always the right answer, to complex, often temporarly domestic situations, including natural disasters. We are, generally speaking, no fan of red tape but we heartily agree with Jane Edwards, eloquent blog published a few days ago on the First Mother, Birth Mother Forum: “Red tape holds families together.”

We appreciate that a limited number of cases with access to private planes have been processed and evacuated from the country, but clearly not all adoptive families are in a position to put forward those resources to ensure the safe and swift travel of these orphans to the US… .

..In our view, the chaos that has ensued is a direct result of a lack of logistical inter-agency coordination, a lack of communication to the public, and ad-hoc processing of travel documents by the US Embassy Therefore, we are writing to ask for your personal assurance that the State Department, in collaboration with the Department of Homeland Security, the US Agency on International Development and the Department of Defense, puts in place a plan to directly ensure that ALL of the 600-700 orphans affected by Monday’s announcement of humanitarian parole are safely and efficient evacuated within the next ten days.

In other words, elected officials expect the US government to turn into an international child trafficker by turning over children to potential adoptive parents whose applications to adopt have not been thoroughly investigated and completed and whose petitions to adopt have not been granted by the Haitian government. Matthew Mancuso must be kicking himself for not waiting a few years for a quick Haitian fix. Lookout Third World! Or Second World! Or even First World! Today it’s Haiti. Tomorrow it’s some other country that impedes the immediate gratification of the neocolonial child merchants and their customers.

At the teleconference I participated in a few days ago, Homeland Security officials were clear on procedures to remove-for-adoption a child from Haiti. Category 1 cases, where adoptions had been finalized by Haitian courts before the earthquake were clear cut. They are good to go with appropriate paperwork.

Decisions on Category 2 cases; those “in process” where no Haitian finalization has taken place, require a long and wide paper trail, at least in theory. As we see in the Rendell baby lift where 7 children, with no adoption plan were removed to Pittsburgh, these protocols have not been followed due to interference and intervention by Beltway bigwigs and the White House going over the heads of US Embassy staff. 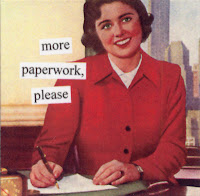 The paper trail , demanded by the US (again in theory) includes, but is not limited to:

—Proof that the child is actually available for adoption: surrender papers, correspondence or letters or records with agencies or authorities with a Case Number.

—Service provider proof that a potential match was made on or before January 12, 2010 and that paps and child have met in Haiti: hotel receipts, airline tickets, passport, visas and other secondary documents that paps have in their possession.

—Significant evidence of adoptive relationship and intention of paps to adopt that specific child: copy of the referral letter, an amended birth certificate with their names on it

We absolutely reject pipeline placement. The definition of “in process” (as the word “orphan”) is continually challenged and redefined by politicians, waiting adopters, and evangelical child lifters to mean whatever they want it to mean, leveling child acquisition to anyone in any stage of Haitian adoption: a case a few days away from finalization to an application emailed to an agency 2 hours before the quake. The wail, “give me my child” can be heard all the way to Washington. In the give-em-inch-take-a-mile adoption industry, an exception one day is normalized the next. Look at ‘safe havens.”

A little relief may be on the way. JCICS reported on its blog, Be the Answer today, that the Haitian government, in response to all those fast tracks to the US and other countries , has established tougher standards for child removal. The report is unconfirmed as of this writing.

It is Joint Council’s understanding that the government of Haiti, in protecting against the inappropriate movement of children to the U.S. and other countries, has announced that the Haiti government must approve the international movement of each individual child. This includes children that are bound for the U.S., whether through the visa process or humanitarian parole. It is also our understanding that the U.S. government is actively engaged on this issue with the Haitian government. The US Citizenship and Immigration Services, which authorizes humanitarian parole for each child, continues to process cases at the US Embassy in Port au Prince… .

..It is Joint Council’s understanding that this new requirement is in response to concerns that children who were not in the process of adoption, leaving Haiti for the U.S. and other countries. Joint Council shares in the concerns over the inappropriate movement of Haitian children.

Political panderers and US mainstream media have focused much of their Haitian time on adoption, and the plight of paps-in-waiting as if they, not the Haitians, are the tragic victims of circumstance. A writer for the Baltimore Sun actually described the earthquake as a “small silver lining for families in the adoption process.”

The political and media focus on adoption erases the suffering in Haiti. Tens of thousands of Haitians are dead; more are homeless, injured and sick. They are living in hospitals, camps and in the streets. Children are being trafficked off those streets and in those hospitals and camps. God squads of evangelical missionary traffickers, complaining of government and aid inertia, are flying into the country at a record rate with talk of snatching up “orphans” under the guise of humanitarian relief

The Tampa Times calls amputations the defining injury of the earthquake. The number of field amputations, according to Deanne Marchbein from Doctors Without Borders is unprecedented since the Crimean War or the American Civil War. While aid agencies struggle to save lives and limbs, the US military diverts relief transports to the Dominican Republic so Washington fat cats and baby lifters can hog up runway space with unnecessary rescue missions and make political points back home.

While I was finishing this piece, I ran across an article in Sunday’s Washington Post about four severely injured children refused entry into the US for treatment:

Late last week, Sen. Bill Nelson (D-Fla.) said Homeland Security officials had told him the agency would grant “humanitarian parole” to about 200 severely injured Haitian children. Even after that, Nelson said, he got a late-night e-mail, with the subject line “HELP,” from a Miami neurosurgeon doing relief work, saying the U.S. Embassy in Haiti would not allow three critically burned children to be flown to a Miami burn unit. Nelson also said the State Department had issued a memo saying that a 17-year-old named Samantha, with a broken back and a father in Michigan, “would be ineligible to board an aircraft to the United States.”

“Typical bureaucratic crap that needs to be cut through,” Nelson said in an interview.

Apparently, these children aren’t adoptable so they are expendable

Which leads me to my final point. Baby Love Child is publishing a collection of blogs on Haiti. Haiti Series: “It is madness. It is insane”…Bribes, bullies and traffickers extract kids. The first three parts were published in one entry today.

Part 1: Basic Haiti to the U.S. adoption statistics
Part 2: A snapshot of the Haitian Government reaction to the exports
Part 3: The Article I’m using as my framework for this series
Part 4: Kids not in an adoption process being exported, bullies and bribes
Part 5: The Do It Yourself-ers (DIY)
Part 6: One of many American examples of a fundamental denial of the pre-quake corruption
Part 7: France and the European Union
Part 8: The Bethany Christian Services/ God’s Littlest Angels planeload of human cargo
Part 9: Kids disappearing and the “orphan” trade
Part 10: As if “being in process” alone makes Haitian adoptions somehow “ethical”
Part 11: Those that remain in Haiti- the race to protect the kids vs. “You don’t work, you don’t eat”

5 Replies to “IT’S NOT ABOUT HAITI, DAMN IT! IT’S ABOUT ADOPTION. IT’S ABOUT US”