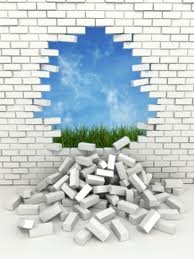 While Washington state lawmakers continue to sweep  its state’s bastards under the rug like pesky little dust bunnies dirting up the Statehouse. the Oregon House today unanimously  passed SB623.  Enacted in the spirit of Bastard Nation and Helen Hill’s Ballot Measure 58, the bill expands the right of all Oregon adoptees to acquire, upon request, the contents of their adoption file-– a right that no other state (so far!) recognizes. In other words, Oregon has swept away statutory adoption secrecy  by opening the files and trusting the parities involved to leave their axes at home.

SB623 had NO opposition.
Governor John Kitzhaber, who was governor during the M58 campaign,. says he will sign the bill.
You can hear the floor debate and vote here. It starts about 50 minutes in.
Details on how the law will be implemented should be released sometime this summer.

I have to go to work in the middle of the night so I’m closing for now  I plan to write more about this later.