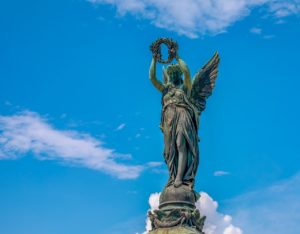 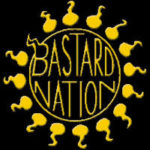 Bastard Nation, the Adoptee Rights Organization is delighted that New York governor Andrew Cuomo today signed S3419. This historic bill restores the right, of Original Birth Certificate (OBC) access to all the state’s adoptees without restriction or condition– a right once held by all New York adoptees. It passed both Houses in June, and although we were confident that Gov. Cuomo would sign the bill, it was a long, nail-biting wait.

Cuomo’s office issued a press release on his support of the law. He says in part:

Where you came from informs who you are, and every New Yorker deserves access to the same birth records – it’s a basic human right.  For too many years, adoptees have been wrongly denied access to this information and I am proud to sign this legislation into law and correct this inequity once and for all.”

“For more than 80 years New York adoptees endured a humiliating, frustrating, and rarely successful process when they requested their own vital records,”said Marley Greiner, Executive Chair of Bastard Nation, one of the oldest largest adoptee rights organization in the United States and a co-founder of the New York Adoptee Rights Coalition (NYARC) which guided the law’s passage. “The enactment of S3419 reverses the discrimination and repeals a Depression-era law that had prevented adults from possessing their own original birth certificates. New York was one of the hardest nuts to crack, she added. “If we can take New York, we can win anywhere. No more excuses!”

NYARC spokesperson and Bastard Nation Treasurer Annette O’Connell adds,” This [law] will change countless lives and push other states to do what is right and what is equal. And it happened because of organizations like Bastard Nation, Adoptee Rights Law Center, and the Adoptive and Foster Family Coalition of New York came together in a coalition to assure that the bottom line of equality was always the only line being pursued.”

Bastard Nation thanks the New York Adoptee Rights Coalition, Reclaim the Records, and  American Adoption Congress, the dozens of local, state, and national organizations, and the literally thousands of individuals who came together making phone calls, sending emails and letters, and visiting their lawmakers to make this happen. We win when we speak in one voice!

Bastard Nation will keep you informed of what happens next.

For a large archival record of this and former New York campaigns go to Bastard Nation’s New York State page. The collection includes links to historical research, news stories, bill texts, action alerts. photos, and videos. The Cuomo signing is attracting a lot of media attention and news stories will be added to the page regularly.