Oh Oh! The US loses another ally in the War Against Adoptees!

Taiwanese adoptees –including those adopted internationally–are now entitled to their records.

At a July 4th (appropriately!) news conference, the Children’s Bureau under the Taiwan Ministry of the Interior and Child Welfare League Foundation (CWLF) announced the establishment of the Child and Juvenile Adoption Information Center (CJAIC) in ZinDian, Tapiei County to disburse documents upon request to all Taiwanese adoptees 20 and older. Adoptees under 20 can get their records with their aparents permission. The information center, mandated by Child and Juvenile Welfare Law Number 17, holds about 10,000 adoption documents and about 10 new documents are added each day.

The July 5 issue of the China Press, quotes CWLF President Lin Jih-jiat as saying “It is our responsibility to provide a healthy, positive and happy environment for adoption families because we believe it is a good thing.” The center’s motto is “Convenient, professional, safe and reliable.”

Lin, obviously a dangerous person whom the US adoption industry needs to watch closely, added that adoption should be “healthy and positive.”

Imagine, Gladney or L-D-S or some whackjob Christian ministry…er, I mean agency (like this one)… or the NCFA Sultans of Secrecy making such an outrageous statement. Just the thought give me the vapors. 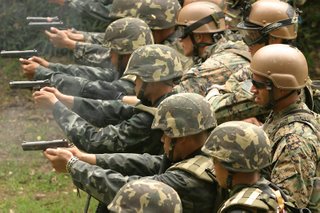 US State Department figures indicate that in 2005 141 visas were issued to Taiwanese orphans coming to the US. This number, of course, will plummet with infamous Law 17 on the books. We breathlessly await the response of the secret keepers in Washington and Salt Lake City to this breach of adoption ettiquete. Look for deployment of Recons to Taipei to secure filing cabinets and protect the right of Taiwanese parents to remain anonymous

Bastard Nation is happy to welcome Taiwan–and its adopted persons–into the 21st century. With this forward legislation Taiwan joins progressive countires in rejecting political-religio idealogues who treat adoptees as dirty little state secrets that just need to shut up and be grateful.

Sealed Records: The shame of the US and Canada!

Adoptacrats: Losing their control over us one brick at a time.

8 Replies to “ANOTHER ONE BITES THE DUST: TAIWAN OPENS ACCESS TO ADOPTION RECORDS”