Speaking of Gladney., as I did the other day…

None other than the most dangerous man in AdoptionLand today, Craig Juntunen, founder and president of Both Ends Burning.and producer of Stuck, a  film  on the “orphan crisis” constructed to make your heart bleed and fill BEB’s  pockets full.of sob story money for child harvesting..
On  Wednesday October 9, Juntunen  will keynote the annual New York Metropolitan  Gladney Family Association fundraiser/cocktail party at the University Club in midtown. . (Gladneyators drink?  WWHSD? What would the home studier do?)

This pairing should be no surprise, of course. Gladney and Juntunen have been up each other’s pants for quite some time now.  Gladney CEO Frank Garrott sits on BEB’s board (and the JCICS board).  In fact, the  board is mobbed up with  Texas oil,/petroleum, big insurance,  well-to-do adopters, and christian jocks–an incestuous  subject I’ll save for a later date.

Earlier this year Garrott  could barely control his enthusiasm over Stuck, a Kleenix-wringer designed around the idea that “orphans”  (and the term is up for grabs) are “stuck,”– that is, held hostage in their own countries (mostly of color), away from their  shiny-white “real parents” in the US by archaic and inconsiderate laws in both countries, State Department interference, and the pestilential Hague Treaty on Cross Country Adoption–you know, laws and ethics that give a modicum of  protection to children and their families stuck inside the adoption perimeter.

.It.is not a coincidence that Both Ends Burning and Gladney are  major supporters of CHIFF  Children and Families First Act 2013) whose purpose it is to circumvent the Hague, pour money into “humanitarian relief” (aka neo-imperalist plunder), and funnel more “orphans” than Candy Crush has players into the US adoption maw.. Craig Juntenun’s wet dream.  BEB is on the  CHIFF Executive Working Committee and Gladney is a “supporting organization.” From the way Juntunen,  Gladney and the rest of this unholy alliance of money, colonialism , and social engineering carry on you’d think that international adoption has tanked due to multi-country bureaucracy, not  American adoption industry corruption and dozens of publicized cases of adoptee abuse and death at the hands of their forever families. .

Grarrott wrote on his March 5, 2013 blog: What Really Matters:

I cannot stress strongly enough how important it is that our adoptive friends individually and collectively show our support for the film-viewing and related activities in your cities. As I write this, I just heard from Craig Juntunen, the founder of Both Ends Burning and the executive producer of “Stuck”, that Raleigh, the second city on the tour, was a big success last night in part because of the efforts of Gladney families there not only to show up and participate but also to bring others along. “Stuck” is an 80-minute gripping, award-winning film. Trust me; anyone you invite will be pleased they spent an evening watching this film

The film and the tour are not an end unto themselves! They will be a springboard to a well-planned social movement that will raise the public’s awareness about international adoption as a wonderful option for building families and a critical part of the solution to the orphan crisis.

This fundraiser is a real opportunity  for adoptee rights advocates to kick up some dust–especially at the Queen Mother of sealed records..

There is nothing organized around the fundraiser right now, but if  I  were in the New York City/Newark area, which I’m not and can’t be,  I’d head on over  to the University Club around 4:30 or 5:00  with a stack of Stop CHIFF  fliers  to hand out on the street and to Gladney gladhanders hitting the door for a couple  afterwork mojitos.  I’d probably shell out $45, as well, to get inside and get some  intell, leave  fliers on innocent tables and in  restrooms, and generally schmooze.  I’ve done it before and it’s a lot of fun.. From my own experience, the industry is fascinated with people like us. They’ll want to talk to you. Seriously! 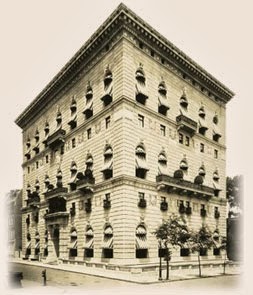 *I can only guess what that’s about–some kind of pap big hug; the real business will start an hour later, so don’t leave early..

Please go to the STOP CHIFF page on Facebook and like it.  As of tonight we have over 1100 supporters!

******
Twitter fried my old account so I  had to start a new one.   I need my old friends back!
Join me there!  Daily Bastardette @DBastardette

One Reply to “AdoptionLand Incest Continues: Craig Juntunen from Both Ends Burning shills for Gladney”