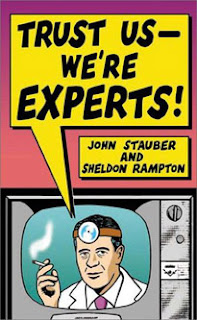 In my last blog I brought up the growing phenomenon of The Angry Adoption Professional, those sad souls  whose authority is displaced  and downsized when Class Bastard takes control of its own personal and political  destiny free of pathology and professional victimization.   The Angry Adoption Professional however,  is never far away,  clucking its tongue  over Class Bastard’s  inability to accede to professional expertise.  Who knows more about adoption than adoption paper pushers and their auxiliaries in the legislature, church, and medicine? These experts  show up at hearings and “professional” conferences and  write books and articles in journals nobody reads, promoting their “professionalism” and lecturing how adoptees (or their bio and even adoptive parents) are just too klutzy, uneducated, and  inexperienced (and no doubt ungrateful)  to handle adoption issues without their.oversight. We only want to help. .

In consumerist terms this means, we need  the  trained steady hand of the “expert” to “negotiate” the alleged twists and turns  inherent in  the adoption triad or constellation or whatever fancy label de jour they like. Moreover, genuine adoptee rights such as original birth certificate access–or as we shall see, adoptee deportation– that require political action and thought are seldom mentioned in their personal vocational narrative unless they want to look au courant or empathetic, or they want to co-opt a perfectly good bill (or make a statement) .into a twisted reflection of their own ego.

When  the experts do toss  “rights”  around, they like to give the impression that “adoptee rights” is their issue.  They are, due to their advanced degreed professional status (and often as adoptive parents who feel our pain) ,  profoundly qualified  to speak on our behalf..  Adoption-damaged neurotic bastards  are apparently too distraught, stuffing  their primal wounds with cotton candy or peeing on porches, to speak for ourselves in any coherent manner,. The message is clear: Shut up!  Be grateful!  We’re in charge!  Our professionals prefer psychobabble and therapy , which rakes in plenty of money, over political solutions for political problems, which doesn’t.  Being professionally sensitive souls , the professionals pretend  they are us.  Only they aren’t

The latest to sign-on to the Angry Adoption Professional crew  is Adam Pertman, director of the Evan B Donaldson  Adoption Institute, the leading adoptee rights line jumper  in the United States today.  I don’t mean to hurt anyone’s feelings,  but has ever an advocacy group or think tank for anything  talked so much and done so little to right the wrongs it claims to protest as has the Donaldson? How an organization can support unrestricted original birth certificate  access as a right, for instance,  and simultaneously rah-rah sis-boom bah, bills  that not only restrict access, but  in some cases take away established rights is a great puzzle.  That so-called activists fall for this scam is a bigger puzzle.  The only explanation is huge political naivete, utopianism, and an overwhelming belief that if they accommodate enough  long  enough, the Statehouse Gang will experience epiphany and recant.. Shouldn’t 38 years of accommodating niceness with the New Jersey bishops, anti-abortion fanatics,  misguided civil libertarians, and dull politicians tell those people something?. 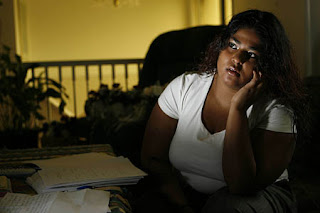 Last Thursday  Kevin Ost-Vollmers posted a story  on his Facebook  page about  Kairi Abha Shepherd  a 30-year old adoptee from India whos’ standing in the deportation que for writing  bad checks–and doing time– eight years ago when she was a methhead.  (I’ll write about this another time.)

.To the best of my knowledge the Donaldson has never addressed the issue of adoptee deportation, even though it’s been  happening routinely for more than a decade.  (Conversely, NCFA has  worked for years trying to fix this legal fiasco. Last year  it published a paper on the subject.and  now a press release on this case. (left column, scroll down)

A few FB commenters wondered when and if the Donaldson was going to get on the stick being the expert and all.  Any “adpotion professional,”  who can huff himself intocardiac infarction over the “anti-adoption”  Orphan and Who’s Your Daddy should be able to type up a few sentences over a malignant government policy that forces the deportation of adopted Americans  from their forever families and forever country because and adoptive parents or adoption agency or government hack  didn’t follow through with citizenship papers 30 years earlier when the adoptee was three months old..

Others pointed  to the Donaldson’s  proclivity for “collecting data,” and making soundbytes while its prez, Mr. Pertman,  writes ooey gooey product placements for HuffPo and chats up liberal money and Holllywood glitterati including the much disliked  (in much of AdoptionLand)  actors  Hugh Jackman. and Deborra-lee Furness. In the old days, NCFA would have scarfed up this  gruesome twosome like it was 1999  Now the so-called good guys do like it’s 1984.

Friday  morning, Mr. Pertman, who Kevin invited to comment, sputtered into public meltdown in the unprofessional way only adoption professionals accused of doing nothing of value can..  He was too busy doing “stuff,.” to respond,  he told us. ” We were “uninformed” he assured us.  “Do you still beat your wife?” he asked.us

Whoa!  This is pierce unleashed “stuff” and if some miscreant from NCFA had  posted that message, all hell would break loose. At the very least he’d be labeled an anti-adoptee adoption industry shill.  Since Mr. Pertman, is the golden boy  of Adoption, Inc, however, we won’t hear much,except from trouble makers in  the Land of Gazazillon Adoptees , Bastard Nation, and scattered unaffiliated bastards, adoptees, family and friends on  Facebook and other forums unimpressed with talk-without-walk who are reading and forwarding  this crackup.

Kevin nailed it in his response to the attempted beatdown: posted on Friday:

Nevertheless, unlike adoptees who periodically throw insults, Adam won’t be labeled “angry,” “unstable,” “not to be taken seriously,” etc.  Rather, Adam will receive a free pass, which are not offered to adoptees.  Adam will continue to rub shoulders with celebrities.  Adam will remain in the media’s conciousness whenever it needs “expert testimony” about an adoption story while the stories of individuals like Kairi Abha Shepherd remain in obscurity.

Many years ago the husband of a friend of mine complained to me with a straight face that the only problem with the women’s movement was that it was run by women.  He suggested that women should let men speak for them.   Obviously, nothing has changed.

As their control of adoption decreases, the  ranks of the Angry Adoption Professional  grows.  That even the mild-mannered Adam Pertman douches out shows us we’re winning.  Thin-skinned, and unable to keep a grip on Ungrateful Class Bastard these  self-appointed pundits have no purpose–or worse– no status without us to front for them.  They can’t control the narrative, much less the players as they find themselves swept into the dustbin of do-goodism.  Unfortunately, when given the opportunity to actually do something useful, they tell cry foul, attempt to marginalize us, then  run behind the skirts of their salary payers. Do you still beat your wife?  That’s easier than putting their shoulder to the wheel–the wheel that we’ve been pushing  and pulling all our lives.I f you claim you’re doing something, then do it.  Don’t insult us..

Further reading:
Actions Speak Louder Than words;  The Evan B. Donaldson Strikes out at HuffPo by The Daily Bastardette
Adam Pertman: Please Shut Up by Baby Love Child
He’s Not Legit: Adam Pertman’s Adoption Marketing is an Ongoing Threat to Human Rights by Mike Doughney