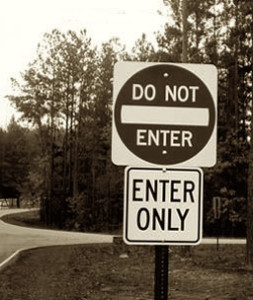 Missouri HB 1822, a blocker bill, intended to gut the clean OBC access HB 1599  inexplicably passed the House Committee on Children and Families Tuesday afternoon–in direct contradiction to its passage last week of HB 1599, its exact opposite. Due to Missouri’s unique legislative process, both bills are headed for the House Select Committee for review, where members can  pick and choose parts from both bills and combine them into a new bill without recourse to hearings or committee votes, to be sent to the House floor for a final vote.  HB 1599 and unrestricted OBC access will likely die on the vine.

Until a couple weeks ago there was a good chance that HB 1599 would pass unscathed. Those of us with Missouri experience waited for the boot to drop. And drop it did with HB 1822, an ugly restrictive iron re-boot of last year’s HB 1112 backed by traditional anti-adoptee industrialists Catholic Charities and Lutheran Family Services who for as long as we can remember have either perverted or killed every bill in the state with the least hint of OBC relief. HB 1822 has only one sponsor while HB 1599 has nearly 50. That adoption corpos got their bill passed out of committee 10-0 speaks for itself. 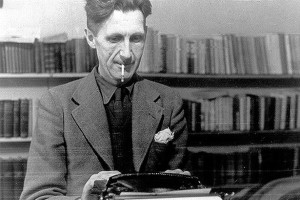 What Would Orwell Do?

The Missouri response to HB 1822 is a bit of a mystery. The two “access” groups in the state, Missouri Adoptee Rights Effort (MORE)  and Missouri  Adoptee Rights Movement (MARM) virtually ignored it, with only a blip on their FB pages. Neither issued Action Alerts, even after CalOpen and later Bastard Nation issued their own alerts.

In response to the CalOpen alert and a query from CalOpen director Jean Ulrich if MARM intended to issue its own Action Alert, MARM posted:  There is no need to cause any scenes at this time. The committee is currently communicating with our sponsor and we have complete faith in his ability to represent us. (The Action Alert  and discussion appear to have been removed from the MARM page. BN did not publish it’s Action Alert on MARM)

Bastard Nation (and probably CalOpen) is now taking flak from MARM for the passage of HB 1822.  Tuesday afternoon MARM issued the following communique about “meddling outsiders”  who “confused” legislators, by objecting to HB 1822. That is, individuals and organizations who had the gall to openly oppose a Bad Bill that was designed to eviscerate  MARM’s own Good Bill, are now accused of getting the Bad Bill passed!

Bad News & Good News…… In an effort to avoid more confusion and chaos, we would like to respectfully request that all outside parties keep their opinions and “demands” on Facebook and not be pestering those at the capitol who are still deciding what to do at the next level of the decision making process.

Bad News is HB 1822 passed the Children and Families Committee.. GOOD NEWS We still have a chance to get HB 1599 through the house in one piece IF certain people stop interfering with the process and let us try to straighten out some of the confusion caused by outsiders meddling way too much. IF MARM NEEDS A CALL TO ACTION MARM WILL ASK FOR IT! Please DO NOT contact the committee members at this time? There has been too much confusion already!

A few days ago we posted a list of people we wanted to Thank for showing their support. At the time we understood that certain groups were encouraging support. Turns out they were also calling people to action and undermining the relationships that have been building here locally through Missouri Adoptee Rights. Unfortunately, HB 1822 has been passed through the committee and we are now concerned that they will try to combine the two similar bills. If these bills get combined it will be HARDER for adoptees to get birth certificates than it is now!!! Please step back and let our sponsor, who is also an adopted adult, handle this so we don’t wind up having to start over from scratch again next year.

MARM asked for support for their Good Bill, and got it!  Oddly, however, MARM considers its Good Bill undermined when activists take its call for help seriously and oppose the Bad Bill designed to kill their Good Bill.  I’ve been working in the legislative arena for decades on various issues, and I have never  heard such a topsy-turvy argument.  Ever.  WWOD? What would Orwell do?

Bastard Nation co-founder and special legislative adviser, Shea Grimm, who has 25 years of adoptee rights advocacy and lobbying behind her responded to this ridiculous idea:

I’m sorry but I think it’s patently absurd to suggest that the more opposition legislators get to a bill, the better that bill does. Legislators care what their constituents in particular think. It is with letters to legislators and testimony to committees, that they become educated on the issues and can make an informed decision knowing how the stakeholders actually feel about the issue.

The idea that bills are some kind of state secret–or should be– is silly. Bills are public information, posted on webpages, and open for discussion and lobbying by anyone.  Any attempt to tamp down discussion, especially of opposition efforts, makes MARM, especially among serious OBC activists, look politicaly naive.  The general public could care less about our issue. Catholic Charities and Lutheran Family Services does care. A lot. And they make sure that the people they need to support their vile, reactionary bill know about it. Trying to make the bill invisible makes no sense. I’m betting a lot of people who would have opposed it didn’t know about it until it was too late. If there was no need to publicly dennounce the Bad Bill, then how did it pass?

We seriously doubt that it’s Missouri legislators who are “confused” when confronted with conflicting bills and opinions about them. They’re lawmakers for Pete’s sake! Politics is all about conflict.  Bastard Nation testimony against HB 1822 is here, and we doubt if  we confused the committee. In part we wrote:

First we congratulate the committee for its passage of HB 1112, sponsored by Rep. Don Phillips. HB 1112 is a genuine adoptee rights bill that would restore OBC access to all Missouri adoptees without condition or restriction and reflects current best practice standards in adoption.  By supporting this bill, the committee supports adoptees and adoption reform at the highest level in the US today.

Unfortunately with the success and interest in HB 1599, HB 1822 has been introduced as a blocker bill to gut the reforms and restoration presented in HB 1112. Unlike HB 1112 which has nearly 50 sponsors, some of whom sit on this committee, HB 1822 has, according to the bill’s webpage, only one sponsor Rep Joe Don McGaugh. We are disturbed that such an unsupported bill has the potential to derail OBC access and adoption reform in Missouri

Finally, Bastard Nation is no Missouri outsider. Adoptee rights and OBC access is a national issue, especially  reflected in the organizations that openly support HB 1599. We have had a presence in the state for nearly 20 years, Year after year, until health concerns forced her to step down, our own Lindsay Woodside tramped the statehouse only to be undermined by deformers willing to take any crumb offered.  Currently we have Missouri-born adoptees and their families and current members who reside in the state, and we have been working with them. To call these people outsiders is wrong and stragetically offensive. They have minds of their own and do not need to be told how to operate, especially by organizations who adhere to magical thinking and don’t seem to understand that you don’t ignore your enemy.

Bastard Nation will continue to support HB 1599 as long as it stays clean. We will oppose HB 1822 which is bound to stay dirty.  We’ll have to see what the Select Committee comes up with. A dispute over strategy would never stop our support and advocacy for a clean bill