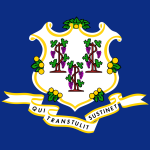 We have received the following Action Alert from Access Connecticut.  Bastard Nation is not involved in this legislative action and has no relationship with the organiztion, but we support its effort to equalize unrestricted OBC access for all Connecticut adoptees.  The bill in question will be a clean bill to close the current gap in Connecticut law that deprives those  adopted before October 1, 1983 from unrestricted OBC access.   It deserves a hearing.  Access Connecticut 2016  Position Statement

I urge all of you contact your legislators IMMEDIATELY and ask them to contact the Co-Chairs of the Public Health Committee and urge them to RAISE our proposed bill.

The bill must be introduced by the Public Health Committee or it will not be considered in the 2016 legislative session.  We have received feedback that the bill may not be introduced.  (In short sessions like this one only Committees can raise bills, not individual legislators.)

Access Connecticut has made great progress and worked too hard for the bill not to be introduced and considered by the General Assembly this session.

SAMPLE EMAIL TO YOUR LEGISLATOR:

I am writing to ask you to reach out to the Co-chairs of the Public Health Committee, Rep. Matt Ritter and Rep. Terry Gerratana, and urge them to introduce the bill proposed by Access Connecticut to restore the right of adult adoptees born and adopted prior to October 1, 1983 to access their original birth certificates.  This would extend the right established under PA 14-133 to ALL Connecticut adoptees.

We have heard that some members of leadership of the Public Health Committee may be concerned that, since the bill authorizing access to original birth certificates for some adults was approved less than two years ago, it may be too soon to consider a bill that restores access for all adult adoptees.

While Access Connecticut appreciates the legislature’s action in 2014, most adult adoptees who have been advocating for the new law for years did not benefit from it. Many were adopted before Oct. 1, 1983, the earliest date when persons whose adoptions were finalized may receive a copy of their original birth certificate from the Department of Public Health. Many of these persons are older today and some have become ill or died without knowing their medical health history information. This bill would help provide access to such vital information.

Thank-you so much for your support of health of adoptees, their children and grandchildren.

Please email or call your legislators now!  We will keep you posted….]