I know this is not serious Haiti news, but I just had to comment.

As if things can’t get any worse in Haiti, now comes attention whore and obsessive tweeter Tila Tequila announcing she intends to adopt two (or three) Haitian “orphans.” Of course this wouldn’t happen even if hell freezes over.

I will adop 2 children from HAITI….I’m going to try to do that ASAP! Those poor babies ! Mommy is coming to rescue u my Angels! xoxox.

I am going to have 2 biological babies of my own, then adopt 3 other babies who need a home! TILA FOR PRESIDENT!!!!For real

“I’m in the middle of filing papers to adopt another child right now! While I have my own, I want my baby 2 have a bro or sis 2 play with!,”

Yesterday, Tequila posted the following message on her official webpage Tila’s Hotspot and her My Space blog

Even though I am already pregnant right now, I have always wanted to adopt at least 2 or 3 more children of my own. Right now with all the horrible things happening in Haiti, I have decided to go file some papers to see if I can at least save 1 baby from Haiti and bring he/she to America and provide a nice, loving, home for my adopted child and save the baby from the tragedy going on in Haiti right now!

Ace also says that in the middle of making her Haitian adoption plan Tequila asked for volunteer sperm donors for the second baby, she plans to make immediately after the birth of the first. 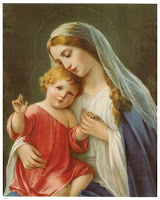 I am the virgin Mary, and my child will be born Jesus Christ. I am the second Coming…….God told me so. I shall save all good people

You will also see several claims that “the Ambassador” (unnamed) supports her adoption plans.

Just got done talking 2 Ambassador! Hes gonna help me adopt a child from HAITI! Im so blessed! Ok guys thats all 4 twitter. I got work 2 do!

I swear this is wut the Ambassador emailed me in regard 2 adopting a baby frm Haiti “God Bless your heart you are truly one of God’s angel!

It would be nice to think the Twitter account was nuked because her family staged an intervention, but they didn’t. She promises us a new “celebrity blog” soon.