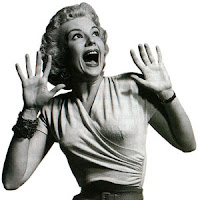 Kansas, Alaska, Oregon, Alabama, New Hampshire, and Maine are the only states that recognize the right of all adopted persons, without exception, to receive their original birth certificates upon request. Deformers, however, attempting to foist their capitulation obc bills as the real deal, like to cook the books, adding other states, with conditional access to the list. They fail to mention those states are compromised and restrictive. To deformers, it appears, any state that offers some access, must be an open state. You can count on Tennessee to be at the top of their revisionist list.

Around 1999, a couple years into the law, I received an email from a Tennessee bastard who refused to play along. In good faith he’d signed two or three affidavits and had been waiting 18 months to get his cert. Every time he inquired about his request, he’d get back more forms to sign. The last time I heard from him he said he’d decided to pay a searcher rather than continue to play ring around the bureaucrat.
In 2000 I attended an adoption conference which featured the administrator of the Tennessee obc release program. She’d started the job only a couple day before the law went into effect, and was only told about it as an after thought. Oh, by the way, next week you’ll be buried with reporters and bastards. She showed us her bound copy of the law and the regs that went with it Something like 121 pages. She threw her hands up in the air.
I still get an occasional requests about Tennessee access and want to throw my hands up in the air, too. One may as well try to explain the IRS Tax Code.
Although, a good decision came out of the litigation, Doe v Sundquist, (1997) that followed passage of the Tennessee bill, no activist could seriously consider Tennessee an open state with its convoluted disclosure veto, complicated and undoubtedly unconstitutional de facto restraining order contact veto, and penalties, fines, and hoops to jump through. I don’t mean to disparage the hard work Caprice East, Denny Glad, Bob Tooke, Fred Greenman and others put into the passage and defense of the law. Some of the work is really original, and I hope somebody has written up the history of the campaign. It’s our history and it belongs to us. The problem is, the law leaves people behind–a substantial number–and it’s going to be damned difficult to pick them up. We gave you this, now you want that. Sorry. pat pat pat. 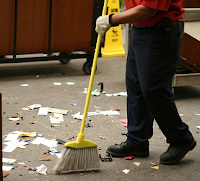 Tennessee adoptee and Pennsylvania adoptee rights activist and blogger, Amanda Transue Woolston, has created a great webpage, Tennessee Adoptee Rights and Liberty dedicated to Tennessee fact, fiction and farce. It’s a wonderful one-stop place to sort this mess out . Or rather Amanda has a sorted it out for you. Her Reform Tennessee link explains the law and she’s got links to to the law itself and various state offices. I’ve never see a state that gouges adoptees for their obc. Then there’s Tennessee which expects you to go a week or two without groceries.
While deformers cheer their half-measures, somewhere along the line, somebody will have pull a clean-up operation. It’s a lot easier when you don’t leave anybody behind the first time.
Also see the Tennessee Adoptee Rights page on Facebook.