Sunday I reported that the Texas Attorney General’s office claims that paps and adopters have no legal right to know the background of the children they intend to adopt. This isn’t the end of of the story!

After WFAA broke the initial story of ‘Phillip” and “Lisa’s” fight with Texas authorities to get background information on the four children they were trying to adopt, the station says it received numerous emails “detailing similar problems.”

Today, right in the middle of National Adoption Awareness Month, WFAA broadcast another case of Texas Department of Family and Protective Services shenanigans. This time it’s the story of “Michelle” and “Dave” who seven months ago tried to adopt two brothers, 5 and 7, from the state system. Records sent by the Department indicated the boys had no history of abuse or disturbing or disruptive behavior outside of “tantrums.” Soon after placement, however, the older boy began to rage for hours, punch himself in the face until his nose bled, and continually screamed that he would kill his new family. Knives and scissors were locked up.

The article fails to mention if the couple contacted DFPS. We assume they did, but it looks like they didn’t get much help. “Michelle” and “Dave”ended up tracking down the boys’ former therapists and foster parents on their own and learned that six months of therapy notes were missing from their case file, which they were able to recover eventually. The elder boy was considered an “aggressive and violent child” and had even assaulted a teacher.

For their effort to get the children’s state-secret pasts and help for them, the adoption was summarily terminated without notice, and the couple was given no opportunity to even say goodbye to the boys:

One day after a meeting with caseworkers to discuss all they had learned, they say the boys were taken from them forever — the younger boy plucked from class.
“Michelle” and “Davie” have been told that the oldest was placed in a psychiatric facility temporarily and that both are now in foster care. Ready for re-adoption, I suppose. Wonder if the new parents will get the files.
The rest of the story is taken up with an interview with Heidi Bruegel Cox, identified as a member of the governor’s Adoption Review Committee, expected to release a report next month on something (We assume there will be no recommendation to open all obcs.) WFFA neglected to mention that Cox is also Executive Vice President and General Counsel for The Gladney Center and secretary of the board of The National Council for Adoption.
She said the law is difficult to enforce with state caseworkers.
“When you’re working with the state, it’s very difficult or most times impossible to sue the state,” Cox said.
This sounds like a round-about commercial for the private adoption industry, which Cox serves. You get what you pay for. If you want to adopt with assurance that you won’t be suckered and treated like crap if you complain, go to trusted professionals, not the government. (hmmm).
But it is also a profoundly disturbing statement, which I believe is true. We’ve all heard countless stories of foster and adoption abuse from state systems. That WFAA has received numerous emails from other paps and adopters with similar stories to Phillip/Lisa’s and Michelle/David’s, suggests a serious pattern of (purposeful?) ineptness if not out-right fraud. Adoption is all about state secrets. There is no doubt that there are kids the state wants to dump. There are files and information the state wants to hide. How can six months of therapy notes go missing? How can social workers “forget” histories of abuse? And why is the Texas Attorney General “misinterpreting” state law in their blame the victim cover-up of DFPS?
According to the news report, despite the AG’s ridiculous opinion to the contrary:
State law says Dave and Michelle should have been give the available records on the prospective adoptees.
Here is the Texas Family Code on the availability of background information to paps and adopters. Seriously, it took me about 10 seconds to find background mandates in the Texas Code, yet the Attorney General claims there’s no legal right to the information. Since it is rather long, I’m just posting only the first part of the statute. 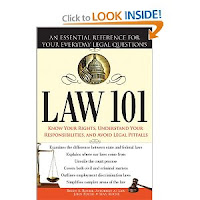 Sec. 162.005. PREPARATION OF HEALTH, SOCIAL, EDUCATIONAL, AND GENETIC HISTORY REPORT.
(a) This section does not apply to an adoption by the child’s
(1) grandparent;
(2) aunt or uncle by birth, marriage, or prior adoption; or
(3) stepparent

(b) Before placing a child for adoption, the Department of Protective and Regulatory Services, a licensed child-placing agency, or the child’s parent or guardian shall compile a report on the available health, social, educational, and genetic history of the child to be adopted.

(c) The report shall include a history of physical, sexual, or emotional abuse suffered by the child, if any.

Sec. 162.006. RIGHT TO EXAMINE RECORDS. (a) The department, licensed child-placing agency, person, or entity placing a child for adoption shall inform the prospective adoptive parents of their right to examine the records and other information relating to the history of the child. The person or entity placing the child for adoption shall edit the records and information to protect the identity of the biological parents and any other person whose identity is confidential.

Heidi Cox says one of the recommendations from the Adoption Review Committee will be that all records will be scanned into a computer database as they are created so information is “less likely” to be lost. Less likely? Was this recommendation decided before or after the news stories hit the airwaves?

Everybody reading this knows that adoption and foster care are fundamentally broken. Now we know so broken that files can’t even be maintained with any accuracy. So broken that seriously disturbed children are being scapegoated. So broken that the Texas Attorney General lies. Just how much other information has been “lost?” How many victims is the state creating? How many secrets are in those locked files?