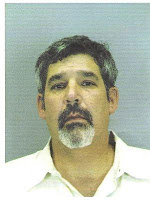 Miles Harrison was indicted Monday on a charge of manslaughter in the July 8 death of his son Chase Harrison/Dmitry Yakolev. According to the Washington Post and other metro media, Harrison, came to the courthouse directly from the private psychiatric hospital he’s been holed up in since Dima’s death.

One new piece of information was revealed in court documents: Harrison arrived at Project Solutions Group at about 6:45 AM which means that Chase/Dmitry was left in the hot sealed- up SUV for approximately nine hours. Temperature inside the Yukon could have reached as high as 180 degrees.

According to Leesburg today, Harrison’s next court appearance is scheduled for August 27.

I have other news on the case, which I will post separately in a little while.