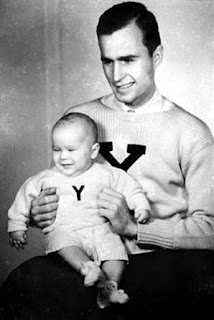 Adopted people are accused of many things: bed wetting, fire setting, kleptomania, lying, home wrecking, mother hating, and serial killing (WMD: ax). I mean, who else would do these things? Certainly not legos reared in white picket pens, weaned on strip malls and fern bars, with two happy church-going hets nannying them from cradle to grad school. And to be honest, being adopted isn’t all that bad. It gives us adoptees something to blame all our problems on.

But even adoptees set limits on acceptable behavior. Recently, dredging up the old nature or nurture argument, former National Review editor Joe Sobran. suggested the unsuggestable: George W. Bush should have been put up for adoption at birth.

What must the old man [George Herbert Walker Bush] feel as he sees his family name become accursed of all nations? Being a parent can be tough. Kids can give you unpleasant surprises. Usually, though, these can be coped with. If your son gets drunk and totals your new stretch limousine, well, you’re not happy, but it’s not going into the history books. But if, say, he starts a world war, you may find yourself wishing you’d put him up for adoption when you still had the chance.

Old George and Bar may be kicking themselves right now. I hope their golden years aren’t being spoiled by recriminations: “You’re the one who wanted to keep him!” “That’s a low blow! I never said that!”

IF IT SAVES JUST ONE…
Sobran’s scary scenario brings up points to ponder in this day of designer baybees and identity manipulation. Should newborns, feared of performing future high crimes and misdemeanors (or worse), be abandoned to the adoption mill so years later somebody else can be blamed for their bad behavior? Can family reputations be saved by adoption? Should parents, embarrassed by the idea of giving away their own flesh and blood, tough it out, hoping that love will overcome their offspring’s possible criminal nature? Is post utero reformation and redemption at the hands of better equipped and more mature parents possible? And finally, does it really matter? Is a Bush a Bush a Bush?

The Bush family’s proximity to Gladney (and here), of course, would have made the “surrender” safe and secret.* Nobody would have to know the Bushes had this baby. (Unless, of course, uppity Texas adoptees got their records opened and the ever incurious George got curious.) The baby would never know where he came from. He could have made his way in life as a minor league pitcher or bagman for Franklin Graham. Maybe.

But the Old Bushes, being selfish parents, refused to be separated from their own flesh and blood. They opted to keep him, and look what it got us (selected list): The Patriot Act, FISA, Gitmo, the Iraq War, Homeland Security, Dick Cheney, Alberto Gonzales, Judith Miller, Scooter Libby, Douglas Feith, Abu Ghraib, decrepit Trots in high places, Karl Rove, a shredded Constitution, and the death of history. 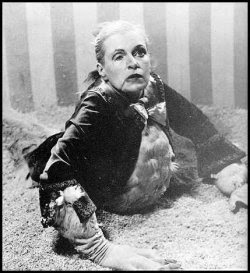 Would any adoptee have wrought this much havoc on the world? I doubt it. And if he were adopted, would any of us–Goobah Goobah ONE OF US– claim him as our own?

If you are profoundly disturbed by Sobran’s suggestion that George W. Bush should have darkened AdoptionLand, tell him. You can contact him here.

6 Replies to “SAY IT AIN’T SO! JOE SOBRAN SUGGESTS GEORGE W. BUSH SHOULD HAVE BEEN ADOPTED”