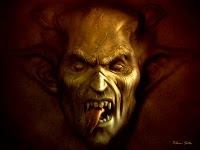 We know! There are so many choices, but there should be at least one nominee to fit your personal or political adoption trauma.
The nominees are:
Bastardette voted several weeks ago, but we admit we have not frontrunner. Anyone who wins is worthy of the honor.
Go to the ballot here.

One Reply to “REMINDER: Demons of Adoption Voting Ends October 30”