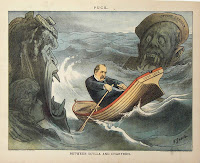 National Council for Adoption celebrity spokesperson country singer Rodney  Atkins ,has revealed that he was reunited with his natural mother in 2008.

The wire picked up the story and it’s all over the map now.  Just one story, though, so there’s no exclusive interviews, no deep insight into Atkins decision to search.  And, thankfully no primal wounding.  It appears that despite Rodney being a family secret until the reunion, the reunion has gone very well.

Oh dear!  Do I hear a shoe pounding on heaven’s floor again?

Atkins reunion story is nice, normal, and inoffensive except for one sentence:

So in August of 2008, Atkins went through the proper channels and reunited with his birth mother in Nashville.

Proper channels?  It’s an odd choice of words. Maybe that was the reporter’s choice of words.  Maybe Atkins, the NCFA spokesperson, chose them, stressing that he is a well-behaved adoptee, not some Christmas Day intruder or porch pisser.

I’ve never seen that term used in any reunion story. Ever. And I’ve been reading them for decades.

Proper channels.  The whole thing sets wrong with me, especially since Atkins was born in Knoxville, Tennessee, and his information may have been available to him for the asking, no thanks to NCFA’s legal opposition to Tennessee’s semi-records access law (and here for a complete rundown), and a lot of money, red tape and waiting as recounted by blogger Amanda Transue Woolston’s My Identity was a State Secret.  I say “maybe” because according to the wire story, Atkins’ mother became pregnant from a “traumatic first date.”   Now, we all know what  that means, and as far as the Tennessee record release law goes, any mention of rape or incest in the state-held  adoption file keeps the record sealed.

Proper channels. The words have glaring political implications.  Proper channels infers that Class Bastard, unlike the Not Adopted population,  has no legal right to their own birth record and personal information.  It implies that searching for first parents is illegal; that  adoptees bribe Vital Stats workers, obtain documents illegally, stalk and chase down their first parents, and otherwise sneak around to ruin the lives of “frightened”  and “helpless” strangers to fill some ungrateful  “curiosity.” NCFA’s founding president Bill  Pierce not only liked to regularly call out the ungrateful bastard meme, but blamed adoptive parent who supported adoptee rights for indulging their spoiled bastard brats who should probably just be just sent off to a Bahamian bootcamp for some lessons in life.

If  this were the old days, Dr. Pierce would have given Rodney Atkins the boot and replaced him with Mr. Burns. NuNCFA, however, enjoying a mellow that puts it.almost to the left of the American Adoption Congress (only  NCFA does what is says it will) can no doubt use the Atkins reunion as the “right way” to do things. Of course, the “right way” is what all but a infinitesimal number of bastards do every day. including this poor bastard, reported by  Triona Guidry (73adoptee),Tennessee Adoptee  Threatened for Asserting her Rights

Proper channels would never be in the vocabulary if our  records were simply unsealed like everyone elses and let people work out their own decisions and relationships.
.

One Reply to “Proper Channels: The Rodney Atkins Reunion and Language”