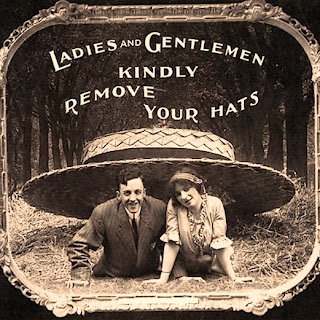 OK.  It’s a slow news day…but remember when ladies were asked to remove their hats during a movie.?  Now it’s Blackberries.

Various media are reporting that Tim League, CEO of the Texas-based move theatre chain Alamo Drafthouse, has banned Madonna from his theatres until she “apologies to her fans.” Our favorite not-an- orphan orphan  harvester you see, was busted smack in the middle of the New York Film Festival for texting away during the premiere of 12 Years a Slave. (trailer)

Variety gives an account of the incident  by film critic Charles Taylor who saw  it go down: To add insult to injury, he didn’t even recognize Madonna as the mysterious lady in black until later..

Tonight at the New York Film Festival premiere of ’12 Years A Slave’ (a masterpiece, by the way), I sat behind the unholy trifecta of Jason Ritter, J. Alexander from ‘America’s Next Top Model,’ and Michael K. Williams from ‘The Wire.’ Plus, a mysterious blonde in black lace gloves who wouldn’t stop texting on her Blackberry throughout the first half of the movie. Eventually, a woman next to me tapped her on the shoulder and told her to put her phone away, and the blonde hissed back, ‘It’s for business… ENSLAVER!’ I turned to the shoulder tapper and loudly said, ‘THANKS!’ and gave her a thumbs up.

How crazy entitled is Madonna?  She just compared  herself a slave for being asked to shut off texting during a movie about…. slavery. I doubt she catches the irony.

Anyway, the Drafthouse has a strict code of patron behavior.  Among the rules: children under the age of six are not allowed inside and any audience member who talks or texts during screenings will be ejected without refund.

The Madonna  ban started as an off-the cuff  joke from League on Twitter, but when the story got traction, he decided to make it stick.

According to Vanity Fair, League isn’t  holding his breath for an apology..” I don’t think [the ban] really affects her life that much.”

Neither does grabbing somebody else’s kids.