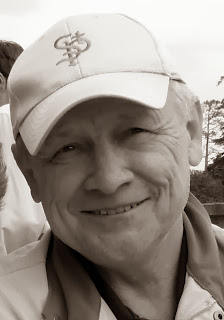 A few days ago Jim Hamilton posted a comment regarding  ICWA and the Veronica Brown case under Veronica: One of the Many Multi-Heritage Children Harmed by ICWA. published on the Christian Alliance for Indian Child Welfare webpage.  The misnamed CAIW is one of the leading organizations whose mission is undermine Indian autonomy, tribal sovereignty, traffick Indian children into appropriately  white christian families, and ultimately dismantle the Indian Child Welfare Act which it claims harms Indian children.

Jim’s comment was put on “moderation” and  has never been posted. We can guess why.

With Jim’s permission I am posting it below.

I am an attorney and an international adoptive father. In my view, the ICWA does no harm whatsoever to children, including Veronica Brown/Capobianco. What does do great harm to children are those who circumvent state and federal laws in the blind pursuit of children.

I fully understand how intense the desire for a child can be and the emotional upheaval that delays in the adoption process can cause for prospective adoptive parents. My son’s adoption process in the country of his birth lasted 12 months. We met him for the first time almost 4 months after his referral and 8 months before the process was completed and we could bring him to the United States.

But, I and my wife had to be prepared at any time during that process for his mother or father to revoke their consent to the adoption and assert their right to parent the child to whom they had given life. This was not only a matter of the law, but of what was moral and ethical. We were the supplicants, not they. It was we who were required to meet with their approval, not they with ours. That is as it should be, because a child should be raised by his or her biological parent(s) where that is possible. It is not our place, as Christians or otherwise, to judge another’s fitness to parent or whether another culture affords a fit environment in which to raise a child.

As for the roll of the ICWA in this case: it is up to the Cherokee Nation to determine who qualifies for tribal membership, not the federal government, not the state of Oklahoma or South Carolina, or any of us. The tribe has opted not to establish a blood quantum, as others have done. Reasonable minds can disagree about whether their choice is good or bad, but again, it is their choice, not ours. (Think back less than a century and consider whether you would have preferred to be judged by blood quanta and labeled a mulatto, quadroon, octaroon or have been labeled other than white because a great-grandparent had been of African descent.)

Mr. Brown used the legal avenues available to him to challenge the loss of his child, as I suspect any of us would have done. The pity here, in my eyes, is that the Capobiancos did not have the strength to surrender Veronica from the outset, rather than wage a years long battle to obtain another’s child.

James M. Hamilton is an adoptive father and an attorney in private practice in St. Paul , Minnesota, who has followed this issue in Minnesota and around the United States since 1997. His op-ed, Adult adoptees should have unconditional access to their birth certificates appeared in the March 14, 2013 edition of  The Minnesota Post (includes link to original. )  His testimony, in support of unrestricted OBC access given before the Minnesota House Health and Human Services Policy  Committee in March 2013  on the Bastard Nation webpage.

I  am doing some major work on CAICW and other Indian “orphan” speculatorswhich will appear here eventually. Organizations such as CAICW are not only a danger to Indian Country but to the adoptee rights movement,. We need to stand in solidarity. Today it’s them; tomorrow it’s us.

One Reply to “James Hamilton: An Adoptive Father Speaks Out in Support of ICWA”