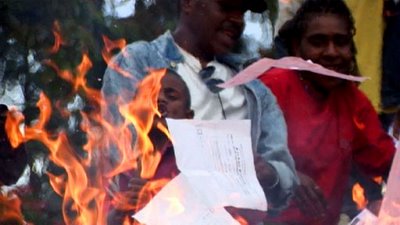 Ontario adoptee identity rights have gone down in flames with the passage of the repressive and anti-rights Bill 183: The Adoption Information Disclosure Act. Unfortunately, it appears from news reports that the province’s rank and file adopted adults don’t realize that the government and so-called adoptee rights advocates have sold them out.

Sentimentalists and reunionists can’t detach their graditidunal tongues from the jackboots of Ontario’s Liberal government long enough to acknowledge that with the bill’s disclosure veto (Bill 183 advocates refuse to admit it has a disclosure veto) they have codified “the right of anonymity” by permitting birth parents to go before a government tribunal and claim harm (undefined) if the original birth certificate is released to the adoptee. Adoptees can also go before the tribunal and claim harm if their amended and false identity is released to birthparents.

As if this gross violation of the right to identity isn’t pukifying enough, adoptees and birthparents under the bill can file an a priori restraining order…er, I mean a contact veto… against each other with no cause and a $50,000 fine, to keep BAD BASTARDS and BAD BIRTH PARENTS from chatting up their own relatives–all based in some mysterious government scenario of what they might do to each other. 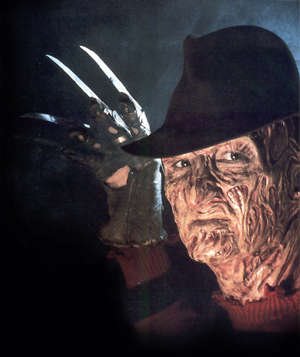 Adoptees aren’t criminals. Birth parents aren’t criminals. Unless that is, you believe the lies of Ontario Privacy Tsarina Anne Cavoukian who paints a scary picture of Ontario with bastards and birth parents running amok in the streets of Toronto, Kitchner, Ottawa Waterloo, and Bastardette’s old hang-out Tecumseh, swinging guns, axes, wrecking homes and marriages, forcing suicide and honor killings on helpless mothers. Ms. Cavoukian whose sleep must have been molested by Freddy Krueger in her youth, of course, never explains why exactly it’s the government business to protect the personal secrets of its citizens–the implication being that the government can stick its nose into the personal relationships and decisions of citizens simply because Nanny Annie wants it to.

Bill 183 guts the identity rights of Ontario’s adoptees and it will take decades for adoptee rights to be revisited there. Bill 183’s passage also sends a message to other provinces and undoubtedly US states that it is still OK to discriminate against adopted adults as long as this discrimination is cloaked in the paternalistic language of “fairness” and “balanced rights” and a statist ideology that it is the government’s duty to act in loco parentis so its adult citizens don’t have to take personal responsibility for their own actions. In fact, at the annual Canadian Privacy Commissioners Summit this June, members voted their solidarity with Cavoukian’s blathering contention that adoptees and their birth parents are dangerous individuals who need protected from each other by government thugs in suits.

Shame on Ontario’s adoption deformers. I wonder how loud they’ll squeal when those who pimped this bill get a veto slapped on them. Eh?

On November 1 the Ontario Parliament passed an extremely restrictive records access bill sold to adoptees and birthparents as identity access legislation. In truth, Bill 183 imposes conditions on birth certificate access which are not acceptable to adopted men and women who simply want their government to treat them the same as it treats the majority non-adopted population.

BILL 183 CONTAINS A CONTACT VETO. An affidavit filed by either an adoptee or birthparent stating that they desire NO CONTACT with the other will be attached to the original birth certificate and a $50,000 penalty levied against the “offending party” if they violate the veto; thus, criminalizing, without cause, adopted persons for the simple act of contacting a relative.

BILL 183 CONTAINS A DISCLOSURE VETO, THOUGH SUPPORTERS OF THE BILL IN AND OUT OF GOVERNMENT REFUSE TO CALL IT THAT. Any birthparent or adopted adult who wants to have the government keep his or her identity secret from the other may file a DISCLOSURE VETO, which will prevent the government from issuing any birth information including the original birth certificate. The specific procedure for obtaining a disclosure veto has not yet been worked out, but the bill says that any person wishing to remain anonymous must prove to the government that there would be harm done if information were released.

BILL 183 DOES AWAY WITH THE PROCEDURES FOR OBTAINING NON-ID INFORMATION.. This, in effect will force both adoptees and birthparents into unwanted reunions simply to obtain genetic, social, and medical information about one another.After passage,

Ontario Premier Dalton McGuinty, who supports the Bill 183, is quoted by CTV News saying, “You’ve [adoptees and birth parents] got a right to know but you don’t have the right to a relationship.”

Bastard Nation believes that Premier McGuinty misreads the issue completely. “This isn’t about reunions or relationships, but about rights,” says BN Executive Chair Marley Greiner. “Adopted persons aren’t criminals and shouldn’t be treated like they are. Reunions and relationships are personal decisions made amongst adults and should not be dictated or micro managed by the government.” Greiner contents that anything less than unconditional access to birth certificates and identities is unacceptable. “No ‘social disorder’ has occurred in states and countries where adoptees can obtain their own records. Why would Canada be any different?”

History tells us that conditional legislation doesn’t work. Lawmakers are very reluctant to revisit the issue of records legislation, which can result in future legislative changes in Canada and the US being stalled for years or even decades. Bastard Nation will not support any legislation that is incremental – that is, a bill that would help some adoptees but not others and certainly not all. Unconditional access to open records is happening all over the world – so why settle for less?

BASTARD NATION LEAVES NO ONE BEHIND!