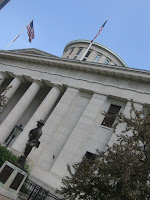 The Ohio House today voted 94-1 with 2 abstentions to pass HB61 which restores the unrestricted right of OBC access to those in Ohio adopted between January 1, 1964-September 17, 1996.  It’s companion in the Senate is pending. Sadly, the bill did not pick up the ’96’s who will still be subject to a Disclosure Veto (DV) already in place for that access tier..

The truth is that Ohio Legislative Services, which vets all bills, refused to OK challenging  the DV law that amounts to an agreement between the State of Ohio and a handful of cowardly biological parents who demand that the government  grant them a special privilege to hide their identities from their adult offspring.  This “agreement” is quite different from the blanket sealing of OBCs with no legal  “agreement,” despite what opponents claim and we have shown repeatedly holds no water.  No one knows how many shirkers are on file here, but the number 20 has  been tossed around the last couple of years. I believe DVs can be removed from 1996 law, but the legal arguments need to be developed more fully, and the big fat arm of Legislative Services needs twisted..  I also believe that the foolishness of OBC access for all but a  minuscule number of bastards will within the next few years be recognized. for the absurdity it is.   There is time to save those few kids who have been black-holed since they won’t even be eligible for access for  another couple years. Perhaps I am too hopeful.

I’ve been attending the HB63 hearings and reporting on them here (see March 2013 posts below), but when I checked today on the progress of the bill to the House floor, I didn’t see anything.  Otherwise, I’d have been there.  The naysayer was Ron Amstutz. (R-1-Wooster). I’m not sure who the abstentions were, but I don’t see Matt Hoffman on the voting roll today and I know he objected..Hoffman, you may remember, was the chief  smirk and eye roller when I testified in favor of HB 7  five years ago.. He also claimed that he and his brother (a Quad A lawyer) routinely  told their bio clients that their names would never be released to anyone, including their dirty little bastard.. It’s our little secret.

A proponent hearing for companion SB23 is scheduled for April 17 in the Senate Medicaid, Health, and Human Services Committee. Some of the state’s staunchest anti-abortion advocates and the President of the Senate are sponsors. I don’t see it flunking..

This is such an incredible sea change and it  says something about the perceived power of Ohio Right to Life  (many years ago a corporate lobbyist told me ORTL was full of hot air and had everyone fooled) and the Ohio Catholic Conference at the Statehouse. Without their opposition, OBC access appears to be the no   brainer we know it is..  Now they need to get on board for the 96ers.

Current OBC bastard activists as well as deformers  need to take a good look at what has happened here. 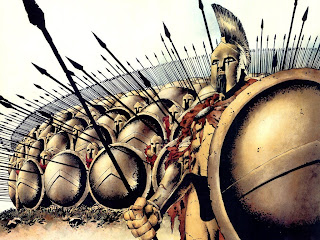 Any attempt to create new segregations and blackoles must be met with  brass  knuckles and a Spartan refusal  to retreat.  A handful of ’96s are what happens when you let deform through the door under the excuse of  “baby steps” or we’ll- pick-them-up-later or whatever they want to call it.   It’s bad enough that old bad laws are still in place, but new DV and other restrictive legislations make a joke out of adoptee rights and tie the hands of activists to finish the job  If one Bastard is left behind, then we all are and the battle continues when in fact, it should be over.  The failure to include the ’96s, for no matter what reason, cannot be seen as permission for other states to do the same.  Ohio has along-established unique three-tired system that many states don’t have and will be difficult go get rid of..  If the 1996 compromise had not  been made 16 years ago, today the road to victory would be clear and not littered with the bodies of  left behinds.  Ohio, instead,  would be on the way  to being the 8th free state of Bastard America.. There is no excuse today for any state movement to accept and promote new restrictions.  If you take them now, you’ll pay for them later.