I’m old enough to remember when adoptee rights and search were two sides of the coin, and search tended to lead to activism.  (Special thanks to BJ Lifton, Florence Fisher, and Jean Paton) No later than the mid-1980s, though, search had been co-opted by therapists and so-called reform organizations who packed the hearing room with nose blowers with beggars’ bowls, who despite their use of “rights” language,  chose reunion over rights.  And still do.

The Internet, in many ways, has reinforced this victimization,  through hundreds  preaching-to-the-choir-misery-loves-company forums, Facebook pages, and blogs. Because I’m so damned old, this strikes me as nonsensical. Back in the day search was subversive.  Today it’s become the dead end of change.

To cut the the chase my OAS blog is a forum to stir the pot:  educate Ohio adoptee searchers on issues,   the politics and language of open records, the history of sealed records in Ohio and past attempts to rescind our tiered system to  bring all adoptees under the pre-1964 open access law,  practical knowledge on how to navigate the current Ohio system,  while at the same time  energizing and recruiting people into the movement.on a state level. ( snagged one today!) To bring  subversion back into search.

Nothing  is happening in the Ohio legislature so far this year. John Kasich is our governor and the majority of legislators are walking around in the pockets of the exact people who engineered the destruction of the last serious attempt to open records here with HB 419: Ohio Right to Life, Janet Folger Porter, and Dr. John Willke, the latter two now heading up Ohio ProLife Action. passing out teddy bears with built-in heartbeats to pols, and pushing the  Hearbeat Bill, which if passed, will be the most restrictive anti-abortion law in the country.  Need I say more?

Over the next few weeks I’ll be posting historic Ohio documents on the OAS blog.  Below  is an entry I posted tonight on the 1996 defeat  which amended unrestricted access out of HB 419 and created our third access tier that keeps Ohio from ever being a true free state.I’m cross-positing it here for a wider audience and the hope that it can be helpful to Ohio readers and bastards in general as we continue to break open the vaults and let our rights fly free.

I won’t be cross-posting everything from OAS, but anything important, like the piece below I will. Ohio Adoptee Searches has a  Faceboook page. I’d love you to: like” it and get some discussion going about Ohio– and for you to spread the word that an Ohio adoptee rights blog and FB page is now up. 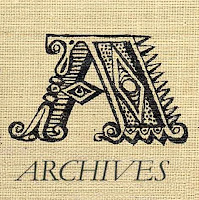 In 1995, HB 419, (not online; in my personal possession)  an omnibus bill to reform Ohio adoption and foster care law was heard in the Ohio Legislature.  One very short section of the bill restored the right of all Ohio adoptees to their original birth certificates by rescinding the post-1963 prohibition. If passed, the state  would have once again  recognize the right of all Ohio adoptees to equal  treatment and due process under state law.

Unfortunately, this didn’t happen.  Instead of eliminating the two-tier system  which had plagued post-1963 adoptees for over 30 years , by making those OBCs available by court order only, the bill was amended to create a third tier which not only kept post 1963  adoptees in their  black hole, but gave adoptees born on or after September 18, 1996 the ability to access their OBCs  as  pre-1964 adoptees can–unless a birthparent had filed a “disclosure veto” with the state to bar access.
Although the original records access section of HB 419 had wide support among the adoption reform and legal communities,  state agencies, and adoptees, birth and adoptive parents, it was opposed by Ohio Right to Life (Janet Folger  (now Porter and Dr. John Willke–founders of the current Ohio Pro-Life Action)) which claimed that OBC access for adult adoptees would drive women to seek abortions.  Conflating “confidentiality” and ‘”anonymity,” OBC access and abortion, and implying, as Pat Robertson did a few years later,  that adoptee rights advocates are stealth “choice” advocates, Folger Porter wrote in her autobiography True to Life:
…we fought the effort to make “open adoption records” the women’s only choice.  We didn’t want those women who felt they needed confidentiality and wanted their records to remain closed to be driven to abort their child, and so we fought the very strong ‘open records” adoption lobby and won.  Women were given an option to choose, something my opponents from NARAL fought against.
Folger Porter fails to note that her demand that new records be sealed by default and open only by in opt-out “permission” was replaced with an open default and an opt-out disclosure.

The end results was the name, though.  Adoptees remained second class citizens.

With a desire to “get something passed” Ohio adoption reformers agreed to the ORTL compromise and pushed for the opt-out disclosure to ‘save” what they could.  The result was the creation of a new access tier, a new level of OBC bureaucracy, and a strengthened  status quo, The compromise, with its “special rights” for third parties, has made it virtually impossible for Ohio adoptees ever to regain full and equal access that HB 419 offered.
The Cleveland Plain Dealer covered the  HB 419 hearing at which I testified.  If only wish I  knew then what I know now!  The article is not available on line, but the text is below:

By Mary Beth Lane (Cleveland Plain Dealer, October 11, 1995)
COLUMBUS – A sweeping bill aimed at improving Ohio adoption laws by speeding up children’s placement in permanent homes is expected to he on the house floor for a vote next month.
The House Family Services Committee is continuing to hold hearings on adoption, an emotional subject that evoked tears yesterday from some of the Ohioans who told their stories and from others who listened”Anything to reduce the wait is good,” said Terri Kowaliw, a Galloway woman who adopted one of her foster children, now 12, after enduring a long wait. “We have tried to fill a hole in him left by 5 1/2 years in and out of the foster-care system.” She wiped away tears as she spoke. “I’m sorry” she said. “It’s a very emotional thing for me.”
Marley Elizabeth Greiner, a 49-year-old-Columbus woman who was adopted as a child, told the committee of her prolonged search to learn her birth roots. She strongly supports provisions of the bill to open more records to adult adoptees. “Is there anyone here today who can look me in the eye and say I do not share the right of the rest of the people of Ohio to know who my mother, father, sister and brother are?” she asked.
The bill. sponsored by Rep. Cheryl J. Winkler, a Cincinnati Republican, and drawn from a report issued by an adoption task force named by Gov. George V. Voinovich, has drawn broad support from a variety of groups involved in adoption.
Among its key elements are:
Currently, adoptees have no access to adoption records unless they and their birth parents have registered with the state.
Although there is general agreement on opening adoption records, if the birth parent approves it, the issue of how to open them has created a dispute that may put substitute provisions in the bill. 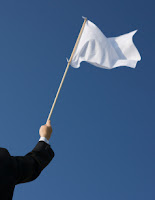 Adoption groups now support a process, now in the bill, by which the birthmother would have to specifically decline to release the records. If she didn’t decline, the records would automatically be open.
The Ohio Right to Life Society wants to substitute a “yes” or “no” box the birthmother would check off. Voinovich aide Jacqui Romero Sensky said the governor has not decided which process he would support. “I don’t think anyone is backing away from open records,” she said. “The trend is to more and more openness. We just want the birth mother to make a conscious informed decision.”