This now appears in the Columbus Free Press ins a slightly different form.

Monday marked the 39th anniversary of Roe v Wade. While most local anti-abortion big shots were doing their annual March for Life in Washington with accompanying photo ops, Greater Columbus Right to Life held down the fort here with a 45 minute rally on the steps of the statehouse.with few photo ops.  Except for me, Channel l0 appeared to be the only local media covering the event, but there’s nothing on the station’s news site.With Occupy Columbus camped out on the corner of S. High and E State, I was looking forward to interesting possibilities, but the occupiers, unlike the Occupy folks in Washington, DC,  who disrupted a “youth event” held by anti-abortion moguls Brian Kemper, Patrick Mahoney, Lila Rose and friends, decided to sit this one out.

I’ve attended several of these January outdoor events in the last few years.  Usually, within 10 minutes my fingers, even in two pairs of gloves are ready to call it off  This year, however, the temperature was in the lower 50s and the crowd knew it . About 175 adults and a couple dozen small children celebrated  as Grove City State Rep.and keynoter Cheryl Grossman (R H23) ran off a list of  abortion-curbing bills that either passed last year or are now in the hopper.  Ohio ProLife Action’s  Heartbeat Bill, (HB 125), which aims to ban virtually all abortion in the state, got special props. While Ohio Right to Life and Ohio ProLife Action  duke it out  over  for turf n the press and in the lobby ,  GCRTL and Grossman, gave big hugs to the state organization and the Ohio Pro-Life Action break-offs. .No seams showing..

Speaker Denise Salyers  a self-defined “victim of  the abortion industry,” following the de riguer line of  “abortion harms women”” described with great detail and occasional tears how  her 1984 abortion ruined her life  with drugs, drinks, and suicide until she was redeemed  by God 24 years later.

The rally, as usual, embodied ecumenical catharsis. The Protestant element of  Parsley-type exurbanites and parents with neatly turned-out daughters in Modest Apparel jumpers   were joined by three nuns  uncharacteristically dressed like nuns, and a gaggle of deSales High School jocks and cheerleaders.  But this year, adults ran the show. Unlike past January Roe  events, billed as youth events, there was no throng of girls and boys from Fostoria and Marion comparing Planned Parenthood to Hitler and making  euphemistic prayer huddles;.and no middle school  adoptees at the podium pimping adoption as a cure for abortion.  Strangely, adoption wasn’t mentioned at all. 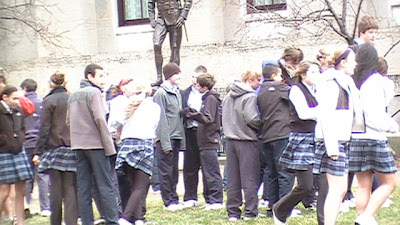 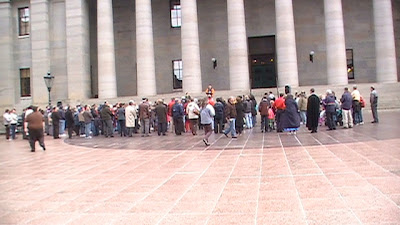 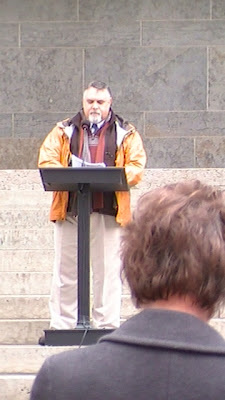 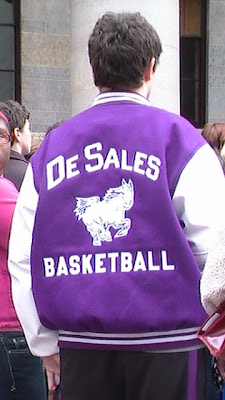 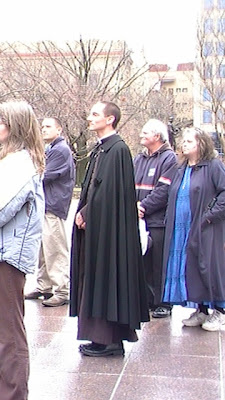 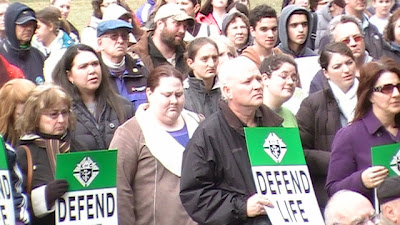 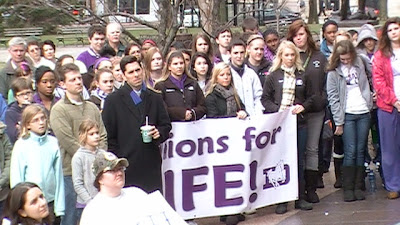 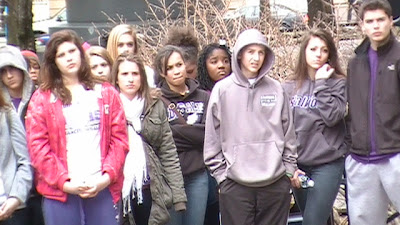 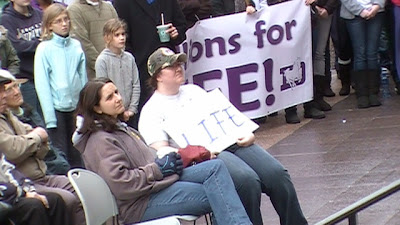 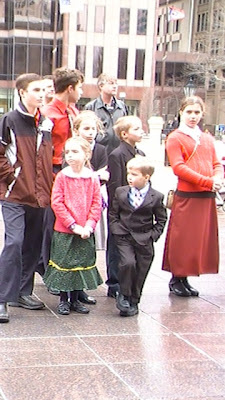 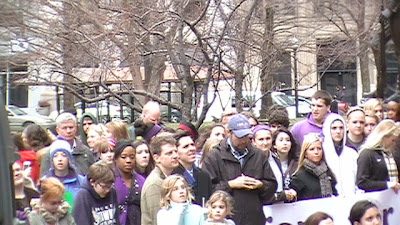 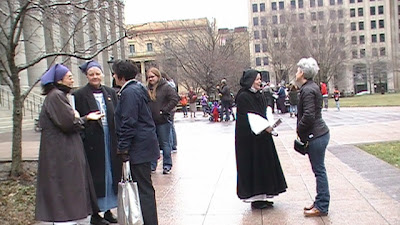 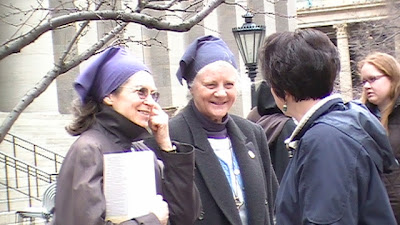 All photographs by the author