Just in time for Krampus (see below) we have New Jersey’s A752 “adoptee rights” bill.

Sponsored by NJCare, (aka The Krampi) A752 (aka The Krampus Bill) is one of the worst throw-our-rights away bills on record. The bill, of course, contains the compromiser’s favorite compromise, the “birthparent” disclosure veto.

In order to make this veto work, the state extorts a family/medical history from closeted parents. Kind of a pay to play scam. If parents don’t submit the government mandated snoop form in 60 days, then The Bastard gets the obc. Sounds like a violation of HIPAA to me. 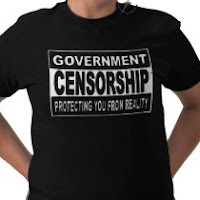 A752 also contains the whiteout “alternative” that will give adoptees, slapped with a veto, an “original birth certificate” that’s been mutilated by a government censor with a glob of white-out smeared over identifying information including their own names, and the parental addresses at the time of birth.

The Krampus Bill automatically seals the obc of all persons anonymously dumped under the state’s “safe haven” law, even if one or both parents are identified on the obc (one of baby dumping’s dirty little secrets). See, a safe haven dump, coerced out of a confused parent ” is a legal assumption of an on file and notarzied “disclosure veto.” Tough, but at least you weren’t thrown in a dumpster. That receptacle is reserved for your rights.

Finally, Krampus includes a fiscal note of $90,000 from the General Fund to finance the cost of a national advertising campaign to warn biological parents that their bastard may be hunting them down with the adoptee-requisite drywall hatchet in hand. Be sure to get that veto on file while you still have your hands to write with.

If NJCare flushes away any more of our rights, the Catholic Bishops, NJ Right to Life, the ACLU, and the National Council for Adoption just might join hands with the Krampi in a ring-around-the rosie endorsement. 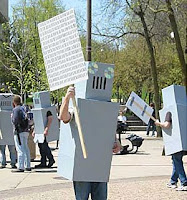 Well-behaved adoptees and their well-behaved b and a families subscribe to this piece of dreck, which if passed, will make it impossible for New Jersey to ever be a Free Bastard State along side Kansas, Alaska, Oregon, New Hampshire, Maine, and future states that value law and logic over money-bagged industrial lobbyists, urbans myth, cranks and the Catholic Church. Once those government “promises” are on the books, there’s no way to undo them. Unlike authentic bastard/adoptee rights advocates, The Krampi leave a lot of us behind. After 28 years of pushing alleged adoptee rights bills in the Jersey Legislature, the folks at NJCare are just plain burnt out, but burn-out is no excuse for sell-out. No matter how much is thrown out, the Bishops et al don’t care. They don’t want anyone to have any records.

To add insult to injury, the burnt-outs have even stopped referring to their compromises as “baby steps” towards something bigger and better in the future. Perhaps they are upset since the bill hasn’t had a hearing in nearly two years, and they find rolling over more comfortable than standing up. (The bill passed the Senate in 2006 and lame duck governor Jon Corzine reportedly says he’ll sign it if it passes. ) Embracing the language and ideology of the enemy, much as deformers did in Massachusetts, Jersey deformers are now calling state identity erasure and fictionalized documents, ie, whiteouts and blacklists, “fair.” As one Bastard National facetiously wrote today on our BEST list: “Disclosure veto bills are fairer than open records and birthparents need protection from adoptees.” As I facetiously write today, it’s fair to treat adoptees different from everybody else.”

Similar bills had progressed that far before, passing in the Senate in 2004 and 2006 and in the Assembly in 1991 and 1994. Now adoptees fear that the current bill, A-752, might not come to fruition. That would be a shame, because it is considered by many adoptees and birthparents to be the fairest bill of its kind to them both.

For starters, it gives birthparents who wish to remain anonymous a year to file a notarized “request for nondisclosure” letter with the state. Their name and address will be omitted from the adoptee’s original birth certificate. If a birthparent doesn’t want contact from an adoptee, they will be left alone.

Currently no such protection for birthparents exists in New Jersey. Furthermore, if a birthparent wants to reunite with an adoptee, he or she gets to choose how they would like the initial contact to take place — directly or through an intermediary.

That big ol’ Joisy bed is getting crowded, and it’s getting harder to tell those supposedly on our side from those who aren’t. Compare Barberi’s commentary to that of the New Jersey reactionary opposition about previous look-alike bills, collected in my Dimwits: In the Words of 9 New Jersey Adoptee Haters. (These are representative. Check my original entry for more humdingers.) 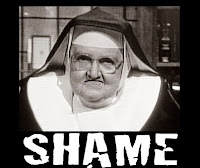 Crazy Marie Tazy, Executive Director New Jersey Right to Life:
So, clearly, the intent of the law is to find birth parents. If the birth parent doesn’t wish to be found, I’m sorry, but I don’t think the state of New Jersey should allow that information.
NorthJersey.com, January 30, 2005

Lee Allen, then with the National Council for Adoption:
When we’re talking about this, everybody seems to identify with the so has rights. For many valid reasons, birth mother rights of the adopted person, but what is also important is to remember that the person who made the adoption decision als in particular chose to remain confidential…If she wishes to maintain her confidentiality, then legislation like this whittles down her choice to one. She can confidentially and privately choose abortion…Birth mothers that we speak to and represent–many of them have made their decisions based on trust. How can a bureaucracy in the State House wipe away the trust they’ve depended on?
NorthJersey.com, January 30, 200

Newark Star Ledger:
Adoptees say they have a right to their birth certificates, but those rights must be weighed against the rights of mothers, and in some cases fathers, who believed their decision to give up a child for adoption would remain confidential To come back decades later and retroactively strip them of that conditionality is unconscionable.
unsigned editorial, December 10, 2004 (link no longer working; hard copy my my possession)

The Big Tent: Alliance in Defense of Privacy in Adoption ie, Tom Atwood (NCFA–at time of writing), Rev. Bruce Davidson (Lutheran Office of Governmental Ministry), Deborah Jacobs (NJ-ACLU), Marlene Lao-Collins (NJ Catholic Conference), Marie Tasy (NJ Right to Life)
Indeed, birth parents who consider placing children for adoption if S1093/S620 becomes law would no longer even have the option of confidentiality that is often at the crux of the adoption decision, virtually eliminating the option for a private adoption in New Jersey…While we sympathize with adopted people wanting to contact their birth parents, their interests must not negate the potentially oppositional interests of birth parents…We urge you to recognize the critical important of birth parents’ privacy and the threat to adoption posed by it’s violation. “Statement of the Alliance in Defense of Privacy Adoption,” no date. (This statement has been taken down from the NJ Catholic Conference website and is not available anywhere else. I have a hard copy in my possession.)

Add to these, the op-ed piece by Patrick Brannigan, executive director of the New Jersey Catholic Conference that appeared in the May 10, 2008 Times of Trenton, now on the organization’s website:

Certainly the court recognizes that the state has an obligation to protect the interests of all three parties. Judge Gruccio wrote, “The statues requiring that the records be sealed clearly serves the interest of all three parties in the adoption triangle: adoptive parents, natural parents and the child.” (Mills v Atlantic City Department of Vital Statistics (1977))

Can it be any clearer that the Krampi of New Jersey are incompetent, tired, and do not represent the best interests of the adopted people of their state? That they will grovel in some far-fetched hope of getting even a tiny piece of their “mission” into law at the expense of the adoptee/bastard class? “Favors” are not rights. Have the Krampi no shame? Why are the state’s adoptees letting them speak for them? (For those who wonder, there have been attempts by non-compromising bastards to bring genuine access to the state, but the inoffensive (to politicians) Krampi have an iron hand on the discourse and the statehouse gate that so far has been impossible to break. I was once told by a New Jersey “activist” to keep my mouth shut since Bastard Nation and I were ruining “it” for the rest. No doubt when they go down again, it will be our fault. 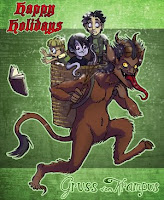 Thankfully, the Krampus Bill is in deep trouble right now. The bill must be passed by the end of the session, and Jersey has a lot more pressing issues to deal with. Like solvency and gay marriage. In a last ditch attempt to save the bill, NJCare is holding a “Write to Roberts” campaign urging us all to write to the New Jersey House Speaker Joseph J. Roberts, Jr., urging him to give the moribund bill a hearing lest it die. Yesterday they apparently delivered a pouch of letters directly to his office in Brooklawn. (This information is from Facebook and not on the official Krampi site.)

We urge you to contact Speaker Roberts with your own message about this bill: let the Krampus Bill die. We don’t expect you to hand-deliver your message, so here is the Speaker’s mailing address:

I can’t find an email for him, but you can email him via his web page: http://www.njleg.state.nj.us/members/bio.asp?Leg=16 (cut and paste) Just hit the email link.

Please go to my entry Some adoptees are more equal than others bill passes New Jersey Senate for my comments when the Krampus Bill passed the New Jersey Senate. It goes into much more detail what is wrong with this abomination, how it continues to undermine the relationship between adoptees and the state, and the danger it holds for other states.

I also recommend today’s blog entry by Triona Guidry (73adoptee),
Birth mothers who want privacy should support open adoption records for an excellent review of why records access protects the “privacy” of the secret parents deformers and reactionaries are so worried about.

3 Replies to “NEW JERSEY: ANYTHING TO GET A BILL PASSED. WE LEAVE EVERYBODY BEHIND!”