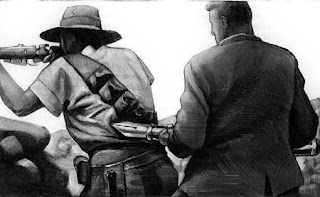 Massachusetts adoptees have once more been betrayed by their “friends.”

The so-called Massachusetts reform group ABC (who cutely demonstrates its dedication to adult civil rights with a baby blocks logo) and their sell-out politician friends like to say SB63 “stops the clock” by guaranteeing that original birth certificates will be accessible to adoptees born on or after January 1, 2008. That would be fine, if it also permitted earlier adoptees to access their birth certificates, too. But it doesn’t. SB63 separates and segregates the rest of the state’s adoptees, based on date of birth, into those who can and can’t get their birth certificates. So much for civil rights!

SB63 SUMMARY
(1) adopted persons 18 years of age or older born in the commonwealth on or before July 17, 1974 or on or after January 1, 2008 or an adoptive parent of an adopted person under 18 years of age and born in the commonwealth on or after January 1, 2008 will be “allowed” unrestricted access to the original birth certificate.

(2) Adopted persons born in between those dates cannot access their original birth certificates without a court order or birth parent consent.

The bill also establishes a “subject to appropriations” voluntary state-operated “contact information registry”–an apparent sop to the blacklisted, who will be forced to enroll in a government program with the hope that an obc might be forthcoming if their birthparent consents. 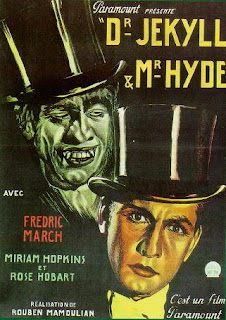 If the stakes for a blacklisted generation of adoptees weren’t so serious, Bastardette would LOL at the weasel words ABC uses to justify the destruction of adoptee rights in . Although the National Council for Adoption lost this one (since it doesn’t want anybody to get their records) the boys down in must be cheering themselves over their small victory: ABC’s legitimization of NCFA’s “implied confidentiality” claim that first parents were promised “anonymity” in the adoption process. So what if NCFA has never been able to submit one piece of evidence to substantiate its claim. ABC rolls over and stipulates. How sweet is that? Is the bed crowded yet?

This is from the ABC faq:

Senate Bill #63 recognizes the deeply held conviction of some that during the period in which access to birth certificates has been limited, some birth parents may have relied on this confidentiality.

In a previous statement on a compromise precursor to SB63 no longer on its page, ABC was more explicit:

Senate Bill #959 acknowledges an “implied promises” of confidentiality to some birth parents. These birth parents, who relinquished between July 14, 1974 and the present when all adoption records and birth certificates were sealed under Massachusetts law, believed that the adopted person would never have access to a birth parent’s identity

“ABC rolled over. And brags about it. “Implied promises” of confidentiality, debunked years ago by activists, legal scholars, judges, and many adoption professionals–and despite NCFA rhetoric, have never been demonstrated –is now accepted by Massachusetts deformers as “fact.” A lie we have to “respect.” Perhaps ABC will be so kind as to pull out those implied promises and share them with NCFA. Tom and Lee must be high fiving. Do I hear a chuckle in heaven?

ABC maintains that SB63 is about “restoration,” conveniently leaving out 33 ½ years worth of adoptees that don’t have the luxury of having rights restored since their statutory right to identity has never existed. ABC also claims that and have restored full access to original birth certificates when they have not. Both state laws include birthparent vetoes. (For a summary of all state obc access laws up to January 2006 go here. [pdf])

Senate Bill #63 is NOT about open adoption records!

Senate Bill #63 is about truth and honesty!

Tell that to those blacklisted adoptees born on politically incorrect dates, who will be forced to continue to grovel at the feet of judges to get what every other person born in Massachusetts can get for the asking: the government record of their birth.

Bastard Nation will issue an action alert with talking points shortly telling you how you can voice you opinion on this travesty to Deval Patrick. We will also be publishing our letter to him.

3 Replies to “MASSACHUSETTS BETRAYED: "IT’S NOT ABOUT OPEN RECORDS"”