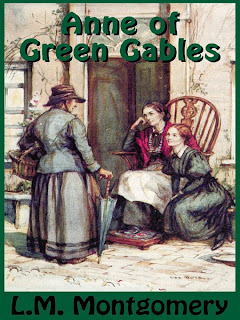 Call out the National Council for Adoption! According to the July 13 issue of Newsday*, the much loved children’s classic Anne of Green Gables insults adoptees.

I jest you not! Last month North Bellmore, New York (Long Island) adoptive parents dashed off to NCFA to complain about the ArtsPower National Touring Company production of Anne of Green Gables performed in their school district. Sensitive adopters who can’t tell the difference between songs and playground fisticuffs, complained that the 55-minute musical was “mean” towards adoptees.

Anne of Green Gables has a long literary and film history. The 1908 Canadian novel, by Lucy Maud Montgomery, tells the story of English orphan Anne Shirley sent to a family on Prince Edward Island by “mistake” (they’d ordered a boy to work on the farm), and her triumph over adversity. Originally, an “adult novel” it became a children’s favorite reaching “classic” status early on. Over the next 12 years 7 sequels followed Anne’s adventures, and she appeared as a minor character in other novels. 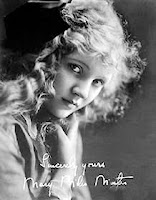 Anne of Green Gables has been translated into 17 languages. Over the last 78 years, at least 10 films, including a Japanese animie, have been made based on the novels. The first, released in 1919, was directed by William Desmond Taylor and starred teen hottie Mary Miles Minter. Minter’s mother later murdered Taylor—at least according to King Vidor who spent years trying to solve one of Hollywood’s most enduring murder mysteries. (But that’s a story for another day). 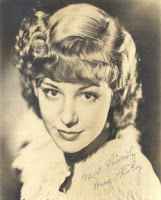 The best known Anne film, starring Anne Shirley (who took the name of our heroine for her professional name), was made in 1934. When I was 10 or 12, I watched the film on Cleveland TV and it did not offend or scare me. Alas! That was in the day when common sense was common– before adoption had become a stairway to heaven and adoptees refugees from the dumpster. A few years ago I watched an engaging sequel, Anne of Avonlea . I did not take an ax to my TV or run to the therapist’s couch.

Anne of Green Gables—The Musical, Canada’s longest running mainstage production (not to be confused with the Bellmore production) has run since 1964 and been seen by over 2 million people, including Queen Elizabeth. Avonlea, where the Anne novels take place, is a major Prince Edward Island tourist attraction.

The offending theatre company, ArtsPower Family Theatre, founded in 1985, is a major American children’s company. It has not gotten where it is today by offending children or their hypervigilant parents. Touring in 45 states, with an annual audience of about 750,000, its venues include the Kennedy Center, Lincoln Center, the Annenberg Center for the Arts, and Paper Mill Playhouse. It receives support from the New Jersey Council for the Arts, the Rodgers and Hammerstein Foundation, Actors Equity Foundation, and the Blanche and Irving Laurie Foundation. Its production of Anne of Green Gables has played around the country, and as far as I can tell, to no one’s horror except North Bellmore adopta-do-gooders. 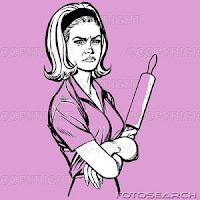 THE SENSITIVE ADOPTER
You’d think Anne’s century-old story of orphan empowerment would inspire contemporary adoptees and orphans, who let’s face it, are posted and pillored every day by an adoption industry that considers us dangerous, defective, and delinquent. But then you’d be thinking rationally, not with entitlement-addled mommie brain.

Kathleen Reed, adopter of 2 Chinese girls, talking as if adoption were some brand new family-building scheme she’d personally invented, bloviated to Newsday, “Nowadays families come in all shapes and sizes, and we need to be sensitive.” (For a seriously heated discussion on Reed and her pet hissy go here). Another pod woman, Jennifer Henning, whose 11 year old son is not adopted, fretted over how he would “perceive” adopted children under the pernicious influence of Anne of Green Gables enabled by a negligent school system. After North Bellmore School principal Mark Weiner blew off the whiners, they went to the Bellmore school superintendent who gave them a better reception, promising no more “hiccups” in the future play-choosing process. Given an inch, the gripers took a mile, and called in NCFA.

Now, I almost feel sorry for NCFA. I am sure that Tom Atwood & Co. have better things to do—like finding new and friendly ways to increase the low-yield domestic baybee crop—than spend their time wiping away the tears of Sensitive Adopters and their fellow travelers. But NCFA, grabbed the bait. Confronted with such offensive lines as: 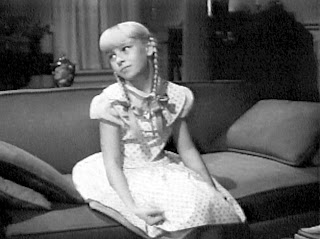 I mean, look at her! She’s terribly plain and small and homely. Eyes too close together – can’t trust that. Sure sign of the criminal element, you know. … And of course, let us not forget – she is “an orphan.”

“Marilla, you can’t trust an orphan!” … Why, they’d lie and steal from ya just as sure as lookin’ at ya!

Newsday reported that Atwood, who must have had the flu the day his class read Oliver Twist, opined “It is poor judgment to subject young adopted children, over their parent’s objections, to a play that acts out the tormenting of an orphan, even if the play … has a happy ending.”

By that standard, then it must be poor judgment, to torment adopted adults who just want to own the lousy piece of paper that records their birth….even if that acquisition has a happy ending.

*************
*available only in Newsday’s paid archives. Quotes from the article can be found in the linked discussion on Elizabeth Reed.

5 Replies to “BAN ANNE OF GREEN GABLES: HARMFUL TO ADOPTEES!”