ADOPTEES BLACKLISTED BY DATE OF BIRTH!

In 2005 we were told by members of the Massachusetts legislature “trust us.” Unrestricted adoptee access to their own original birth certificates in Massachusetts is a “no brainer.” In 2006 we were told “Oops! Our bad!” We can only “give access to some of you.” The once clean bill, with the support of certain “adoption reformers” was amended repeatedly and quietly, until the right of ALL Massachusetts adoptees to receive their birth record was reduced to a favor for SOME. Although it passed both houses, the bill was pocket vetoed by then Governor Mitt Romney.

IT’S BACK!
Like a bad penny, the bill came back, resurrected as SB63, obnoxiously titled An Act Further Regulating Access to Birth Certificates. On August 30, 2007 SB63 passed the legislature. It will soon arrive on Gov Deval Patrick’s desk. SB63 tosses a substantial number of Massachusetts adoptees, based solely on their date of birth, into a black hole without the same right of identity as everyone else born in Massachusetts.

(2) Adopted persons born in Massachusetts between those dates cannot access their original birth certificates without a court order or other special procedures.

(3) The bill also establishes a “subject to appropriations” voluntary state-operated “contact information registry”–an apparent scrap thrown to the blacklisted, who will be forced to enroll in a government program with the hope that an original birth certificate might be forthcoming if a birthparent consents to its release. 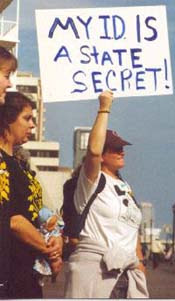 SB63 grossly discriminates against adoptees. The bill creates an arbitrary state-constructed blacklist, based solely on date of birth, prohibiting certain adopted persons from accessing their own original birth certificates. Those born before or after specified dates are permitted unrestricted access. Those born between those dates are blacklisted and required to seek a court order to receive their birth certificates.

SB 63 turns back the clock. In the last eight years Oregon, Alabama, New Hampshire, and Maine have restored to adopted persons, the right to access their own original birth certificates. Kansas and Alaska have never sealed birth certificates. Other states are moving toward full restoration of identity rights for all adoptees.

SB 63 goes against the tide of rights restoration . It stigmatizes all the blacklisted adopted men and women forcing them to seek a court order for what is rightly theirs: their own original birth certificates.

Bastard Nation: The Adoptee Rights Organization opposes legislation that denies any adult adoptee access to his or her own original birth records on par with all other citizens. 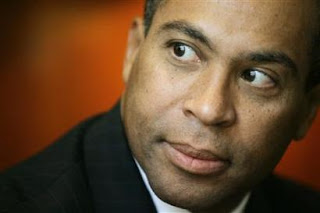 Please call or write Governor Patrick today to urge him to do the right thing: VETO SB63 .