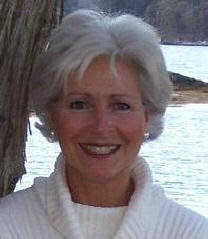 Yay! The Kennebec Journal * reports that Maine Senator Paula Benoit will appear on the Charlie Gibson Show on ABC this week to discuss records access and the victory in Maine!

Bastardette has met Sen. Benoit a couple times and she is one class act!

Here’s quote from the article:

“The fact that in trying to find my identity I
discovered that two of my legislative colleagues were
my nephews is a great story, but it is also important
to remember that while the story is great, what is
most important is that because of this law thousands
of adult adoptees will be able to have access to their
original identity in 2009,” she said in a statement.

The segment is expected to air Wednesday, Thursday or
Friday at 6:30 p.m. on ABC. Benoit’s district includes
Richmond, and 10 other Sagadahoc County communities,
along with Dresden in Lincoln County.

*NOTE: For some reason the link isn’t working, though it was cut and pasted in. Here is the URL: http://news.mainetoday.com/updates/022889.html Leave a comment. Already the complaints are coming in.