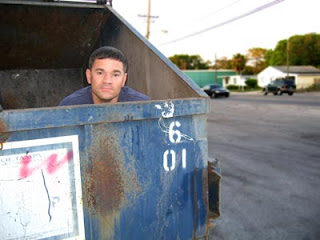 In case you missed it, Alaska and Nebraska finally went over to the dark side and legalized baby dumping recently. But in the case of the Nebraska law, it’s fast-track child dumping. Child welfare workers and juvenile court judges are gonna love working with this one!

The law, outside of a two sentence intro, reads in full:

Note that any CHILD can be left at a hospital. No age limit. In other words, the Nebraska legislature just legalized child abandonment as long as it’s done “properly.”

Wanna test-drive your kid? Move to Nebraska! Terrible 2s? No problemo! How about that mouthy 13-year old son? Cheaper than Ritalin.

LB157 is the late Dr. Pierce’s fantasy of flexibility” of choice, “non-bureaucratic placement” and safe havens at any age.* Appropriately, Nebraska is Dr. Pierce’s home state. Lately, he’s been thunking his shoe in heaven (think Maine!) , but I heard a little chortle, too.

*Due to time constraints, I have unable to find Bill’s comment about edging up the age of SH kids, which he posted on alt.adoption. I’m still looking.