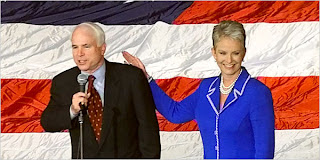 NOTE: This entry was originally much longer. Due to commitments this Labor Day Weekend, I am unable to finish up, so I am publishing only Part 1. Part 2 will go up next week.

The other day I posted Another Reason to Hate John McCain: He Lies About Adoption. I’d now like to point you to Pound Pup’s Legacy’s The Black Sheep (please read it all!) for a further view of The John & Cindy Show. Niels lays out a disturbing idea that should send up red flags for anyone with even a passing interest in adoption ethics:

It is a weird story and though it never raised much suspicion, it doesn’t make much sense to me, unless it is to cover up the fact John McCain used his political influence to circumvent normal procedures. What couple wouldn’t discuss such an important decision without at least consulting one another? Was there no contact between the two, while Cindy McCain was in Bangladesh?

During his Saddleback Forum interview with Rick Warren, McCain made the Piercian claim, that USians rush to adopt internationally because adoption in the US is too difficult.

Though non-committal, McCain seemed open to Warren’s suggestion that the federal government create an “emergency program” similar to PEPFAR (The President’s Plan for AIDS Relief), the 10-year $48 billion abstinence until marriage, condom-free (except for high risk cases), abortion gag, AIDS prevention and treatment program pimped by the Bush administration to poor countries. Recent re-authorization of the program seems to have lightened a few of the more onerous mandates much to the dismay of moral scolds (and here). Liberal critics say that the program has done more to promote the sexual rectitude and ideology of the Catholic Church and Protestant fundamentalists than to prevent the HIV transmission. (See here and here and here for some of their criticism.)

Imagine, now, what mischief “faith-based” adoption wackadoodles–in control of much of the US adoption trade already– with the imprimatur of the president, could do here and in the Third World, with PEPFAR-type money under the guise of “saving children.

Here is the CNN transcript of the adoption discussion in the McCain-Warren interview (emphasis mine):

WARREN: John, most people don’t know that there are 148 million orphans in the world growing up without parents.

What should we do about this, and would you be willing to consider or even commit to something similar to the President’s Emergency Plan for AIDS — which he said AIDS is an emergency — a PEPFAR. Could we do a PEPFAR for the emergency plan for 148 million orphans?

Most of these – they don’t need to grow up in orphanages. They need to be in families, and many of those families could take them in if they had some kind of assistance.

MCCAIN: Well, I think we have to make adoption a lot easier in this country. That’s why so many people go to other countries to get – to be able to adopt children.

(APPLAUSE) My great hero and role model Teddy Roosevelt was the first modern American president to talk about adoption and how important it was, and I promise you this is my last story.

Seventeen years ago Cindy was in Dhaka, Bangladesh. She went to Mother Teresa’s orphanage. The nuns brought her two little babies who were not going to live. Cindy came home. I met her at the airplane. She showed me this 5-week-old baby and said, “Meet your new daughter.” She’s 17, and our life is blessed – and that’s what adoption is all about. 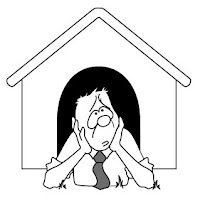 It it is extremely important for us to listen to what McCain says about adoption, The McCains alleged skirting of adoption ethics and law, if true, (including Cindy McCain’s documented and confessed dope binge in the middle of the procurement-adoption process) and alleged string-pulling in another adoption, indicate the type of entitlement and affect the McCains will have on US adoption policy and reform–especially the movement of domestic and international product–if the presumptive GOP nominee is elected.

We cannot dismiss this as election year blather. If McCain gathers in evangelicals and is elected and Cindy McCain is serious about being the First Lady of Adoption as she said she was in 2000, we could end up with an Adoption Czar in the White House…and adoptees in the dog house.

4 Replies to “JOHN MCCAIN: "WE HAVE TO MAKE ADOPTION EASIER"”