Welcome to National Adoption Awareness Month 2010! I’m sure you’ve been as eagerly awaiting the November lollipops and roses, cotton candy and angel wings, and back patting, and pious press clips celebration as much as the Bad Kitties and I have. This year’s emphasis, we’re told, is on “adoption of children currently in foster care.” Bastardette may (or may not) write about the theme, but if I don’t somebody else will. We all know the code.
Interestingly, what seems to be the official NAAM page (Mardie Cardwell’s Lifetime Adoptions over-linked page linked above), celebrates newborn relinquishment and includes a queasy video of happy “birth mothers” (one a 2fer adoptee/mom) and adoptive parents grateful for the gifts of other people’s children God has bestowed on them. There is also a crash course in “positive adoption language.” All is moderated by wide-eyed Cardwell. There’s more I could say about this, but I don’t want to encourage her.
We’ve always wondered just who needs to be made aware of adoption during “our” month. Certainly not adopted people who lost the right to our birth certificates decades ago and are now treated like ungrateful brats when we demand the return of our obcs. Certainly not the trizillion desperate paps stalking the Internet in search of a stray baybee-boo. Certainly not women and men shorn unwillingly of their children by industry and state. We can only surmise, then, that people who need to be made aware of the “adoption option” are young women innocent of the fact that they are too young or too dumb to rear a child sans husband or trust fund. Thank God for November! Otherwise, how would adoption professionals be able to put baybeees where they belong?
This year’s NAAM calendar suggests exciting topics to discuss and events to throw in honor of the institution that exploits our dysfunctional little family. Obviously, it’s the Grown-Ups month so Bastards need not apply for a slot. Rejection aside, I’m looking forward to November 19 so I can volunteer at a local maternity home. (hacksaw and frying pan optional). 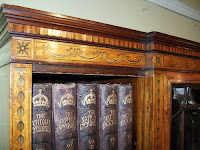 I don’t intend to follow the calendar’s suggestions. Nonetheless, I am going to start the celebration with NAAM’s November 1 assignment (sorta): Read an adoption-related book.
Bastardette’s admits that adoption books are not her favorite genre and she’s not going to spend today reading one, just to make Mardie Cardwell happy, even if she’s tempted to re-read The Baby Thief to set the mood for the month. Instead I’m posting here, a list of adoption and adoption-related books that have been significant in my development as an adoptee rights activist. I’ve put the titles in alphabetical order.

Adoption Politics: Bastard Nation and Ballot Initiative 58 by E. Wayne Carp. Bastard Nation and Bastards will not be written out of history. Some people claim lately that Bastard Nation had little or nothing to do with restoring adoptee rights in Oregon. Really? That must be why historian Wayne Carp wrote an entire history of Bastard Nation, Helen Hill (right) and Oregon’s M58. This is how real change happens. It’s not pretty and it’s not easy. Bonus: I’m in it.
Beggars and Choosers: How the Politics of Choice Shapes Adoption, Abortion, and Welfare in the United States by Rickie Solinger. Every time I hear the word “choice” I go for my gun. Well, not quite! Solinger exposes the fallacy of “choice” and examines how race, class, and privilege intersect with reproduction and mothering rights. Excerpt: “What happens when the special guarantee for all women–the promise that women can decide for themselves whether and when to be mothers–is expressed by the individualistic, market-place term ‘choice?’ How do users of such a term avoid distinguishing, in consumer-culture fashion, between a woman who can and a woman who can’t afford to make a choice. What aspects of ‘rights’ were masked or lost when the language of choice replaced the language of rights at the heart of women’s special guarantee?”
Coming Apart Together: Fragments from an Adoption by Emily Hipchen. A surreal, and satisfying (you go girl!) memoir of “coming apart together,” a title that makes plenty of sense to me, and I’m sure many other adoptees. (For those of you who have your information, remember that breakdown?) Excerpt: “What I know is that there is the truth. And then there are these other truths, simultaneous with it and each other. The struggle is in telling a true story when there are so many different kinds of truth, so many different angles, voices, possibilities, nothing linear, nothing really straight and tellable.”
Delinquent Daughters: Protecting and Policing Adolescent Female Sexuality in the United States, 1885-1920 by Mary E. Odem. Explores the gender, class, and racial tensions that fueled campaigns to control and regulate female sexuality in Progressive era America. Those policies and attitudes, with little change, remain in place today and influence the treatment of single mothers, adoption policy, Bastards, and industry behavior ie: we’re experts and we know what’s best for you. 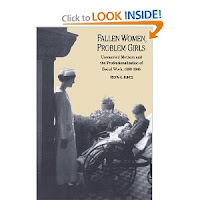 Fallen Women, Problem Girls: Unmarried Mothers and the Professionalization of Social Work, 1890-1945 by Regina G. Kunzel, One of those a-ha books that explains how social work professionalization created pathology and secrecy in the social care and critiqiue of single mothers. Not about adoption per se, but the implications of social engineering via adoption are clear to anyone living in the adoption bubble.
Fumbling Toward Divinity: The Adoption Scriptures by Craig Hickman. A tour de force memoir of a black, queer, bastard activist in search of his roots and who demanded his rights. Craig’s “Letter to a Wisconsin Bureaucrat,” which appears in the book, is also here.
Imagining Adoption: Essays on Literature and Culture edited by Marianne Novy, Politics can only go so far. This book changed my perspective on how to view adoption. There’s nothing like Edward Albee to sort out the absurdity that is adoption and adoptee identity. (also see Emily Hipchen).
Like Our Very Own: Adoption and the Changing Culture of Motherhood, 1851-1950 by Julie Berebitsky. I especially liked the last two chapters which cover the rise and fall of single woman adoptions during the Progressive era and into the 1920s. I also found the discussion on the pathologization of adopters by the social work industry something I’ve been aware of, but not to the extent it went on. Berebitsky and Regina Kunzel (Fallen Women, Problem Girls) overlap, covering the same historical period and the growth and professionalization of the social work industry. But, while Kunzel focuses on the the effect on first mothers, Berebitsky focuses on the effect on adopters. Both parent sets were medicalized, psychoanalyzed, and manipulated by social workers to serve their own scientific ends. It’s amusing in a sick, sort of way to see how professional adoption went from kumbaya sisterhood to overly-protectionist scientific child placement to don’t give a damn, gimme your money commercial scam.

Lost and Found: The Adoption Experience by Betty Jean Lifton. The book that brought many of us to the movement. You don’t have to agree with all of BJ’s conclusions to understand how it built the movement. We are not alone!
Reading Adoption: Family and Difference in Fiction and Drama edited by Marianne Novy. Another zinger from Marianne. Her mini-memoir in the introduction is worth the price of the book. 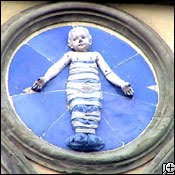 Sacrificed for Honor: Italian Infant Abandonment and the Politics of Reproductive Control by David E. Kertzer. “Reveals a shocking and little-known system for surveillance and control of unmarried mothers and their children that operated in Catholic Europe for nearly three centuries.” Devised to prevent abortion and infanticide, Church policy eventually evolved into laws that forced all unmarried women to turn their babies over to the system at birth. Hundreds of thousands of children died as a result. Hugely relevant to today’s “safe haven” laws and the resuscitating adoption industry.
The Adoption Mystique: A Hard-Hitting Exposé of the Powerful Negative Social Stigma That Permeates Child Adoption in the United States by Joanne Wolf Small. In 1979 I read an article by Joanne in a psych magazine. I was never the same. When I read this book, I thought why go on? Joanne deconstructs adoption myths and says it all. Excerpt: “Now some folks are merely paying lip service to the restoration of adopted person’s civl rights. Many are actively supporting bills that include “contact” and “disclosure” vetoes. They are the stuff of search and reunion legislation…Perhaps it is more appropriate to call them ‘capitulation’ bills. Compromise or capitulation bills virtually bury civil rights issues for adopted persons.” Joanne is a long-time member of Bastard Nation is on BN’s Legislative Committee.

The Baby Thief: The Untold Story of Georgia Tann, the Baby Seller Who Corrupted Adoption by Barbara Bisantz Raymond. Georgia Tann: baby thief, baby seller, baby killer. America’s greatest baby broker. Adoption modernizer and commercializer. From the introduction: “Worse, she stole adoptees’ identities. To cover her kidnapping crimes, and to appease clients threatened by the possibility of their new children someday reuniting with their birth parents, she falsified adoptees’ birth certificates, sealing their true documents and issuing them false certificates portraying their adoptive parents as their birth parents The practice was approved by legislators who believed it would spare adoptees the onus of illegitimacy.” Sound familiar?
The Girls Who Went Away: The Hidden History of Women Who Surrendered Children for Adoption in the Decades Before Roe v. Wade by Ann Fessler. Ground-breaking interviews with women tossed in the adoption mill. Breaks the myth that first moms want to live in closets. No fear of porch-wetting ax killers for them! And pleasae, politicians: take a hike!
I have more books that I haven’t read which seem like they might make a later list.
Do you have a favorite adoption book. Let us know.
Happy reading! And happy NAAM!