(Note: Since I changed formats, spacing has become an issue in some posts, and I can’t get it fixed)

Since I was forced back into the job market at a time when most people my age have already retired, it’s been difficult to find time to sit down and blog. After 4-10 hours+ of manual labor, the likes of which I haven’t done in 45 years, the mind numbs  thoughts of the blogosphere. But, sometimes enough is enough and the adrenalin kicks in..
\
To wit:  I’m Having Their Baby, Oxygen Network’s  new  voyeur docu where titillated couch consumers and Snooki fans get to watch adoption agents and their clueless customers, ie PAPs, vie for the attention and ultimate product of  pregos in trouble and  need of social engineering.. There’s not been such an uproar in AdoptionLand since Orphan hit the big screen when adoption agents, their industrial hangers-on, Christian orphan savers, politicians, paps and adopters hit the keyboards over Hollywood’s “destruction of adoption.” Bastards and birthers found the whole business amusing.

I’ll be blogging more about I’m Having Their Baby (at least I plan to), but in the meantime I want to remind people that the concept of the show is nothing new.

Back in  Spring 2004 we had Barbara  Walter’s and John Stossel’s  20/20  “Be My Baby” or as Bastard Nation called it Bowling for Babies.  Back then, even the National Council for Adoption and The Evan B. Donaldson Adoption Institute blew a gasket over the in-depth view of benevolent baby brokering via television.  The  show featured the notorious and now defunct  A Child’s Waiting  agency as the baybee mover. (and here).   When the shit hit the fan, the Skank Sisters,–ACW’s  owners Jennifer Marando and  Crissy Kolarik–tried to weasel their way out of the bad publicity even while advertising their involvement in the show on their webpage until their agency was shut down by the State of Ohio and the page went into the ether. Thanks to the modern miracle of the Wayback Machine, however, you can read  their braggadocio at your leisure.. Of course the Sisters Skank were small potatoes next to  baby buy-out/salvage corpo Bethany, Christian Services the baby brokers for Having Their Baby.

Today, the only people whose gaskets are flying are adoptees,  first parents, and a handful of ethical adoptive parent activists. One has only to read comments on adopter blogs and Oxygen’s Having Their Baby Facebook page  itself to see that the show  is already an adoption classic of privilege and entitlement.. (Some posters are referring to “birthmothers” as “BM.”). Several people on FB say their own critical comments have been removed from the show’s site  and they have been banned from posting to the page.  Others, for some reason survive. More about FB activism including a sponsor boycott  in a later blog.

Until I get my blog up on this new adopta-tele-exploitation, I’m posting Bastard Nation’s statement/letter  to ABC  Bowling for Babies aired in April  2004. Our statement  was released in response to Be My Baby promos which (truthfully) framed the episode as a game show.  Even after ABC responded to the the mass uproar by toning down the promos and reportedly “tweaking” the final run, the show was bad.  Read bald. Reports have surfaced that after the show was aired and the open adoption was finalized by the winner, the adoption was closed, but I can’t verify that.

Our Be My Baby statement is relevant and timely, and if you replace “Be My Baby” with “I’m Having Their Baby” no one could tell the shows apart. In fact, I’ll update the original and send it off to Oxygen and post it here on my day off later this week. I wonder of the Grand Comment Poobah on Oxygen’s  FB pages  will ban the largest adoptee civil rights organization from North America from posting.  In a way, I hope they do.

To stir the pot a bit and to place Having Their Baby in historical context,  I’ m posting the entire broadcast of Be My Baby at the bottom. 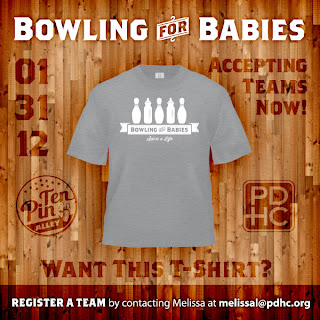 Bowling for Babies: Bastard Nation’s Response to 20/20′s Be My Baby Ad Campaign

Bastard Nation, the Adoptee Rights Organization, the largest adoptee civil rights organization in North America, is deeply disturbed by the marketing campaign for the April 30 20/20 production of “Be My Baby.” While we reserve judgement on the program itself until it is aired, we believe that the show’ s promotion exploits, degrades and demeans adopted persons of all ages, portraying us as prizes for “desperate couples” in the great adoption duck shoot.


ABC may weasel at this point, putting the blame on some misguided and uninformed marketing department for this public relations disaster. You have, in fact, posted a nicer kinder promo on the 20/20 website in the wake of universal condemnation of the original Bowling for Babies theme. No matter what spin is spun, however, ABC can’t deny that John Stossel and Barbara Walters joked about the program, Stossel calling it “the ultimate reality show” and Walters “humorously” comparing it to The Bachelor and The Bachelorette. Nobody told them to joke around. Nobody put those words in their mouths but themselves.


If ABC really wants to do an adoption reality show, here’s a suggestion: The Bastard.
In 46 states the records of law abiding adult adoptees are sealed from us, locking up our identities, names, heritages, histories and original birth certificates-things that the non-adopted take for granted
.
Watch The Bastard each week as adopted persons state-by-state crawl through ever- shrinking hoops set up by politicians, fat cat adoption industrialists and petty bureaucrats to keep us from our own personal information:


Back in 1999 after 20/20 aired Connie Chung’s sensationalist anti-adoptee “Mothers in the Shadows” featuring birth mothers in hiding (without disclosure of Chung’s status of adoptive mother), Bastard Nation suggested to Bill McGowan just such a show, though not couched in reality TV terms since the genre didn’t exist then. McGowan, dismissed Bastard Nation’s concerns over Chung’s program as well as our proposal calling it “sensationalist” and “Springer-esque.” I wonder what he thinks now.


Perhaps we shouldn’t complain about 20/20s promo campaign after all. Perhaps some disgruntled adoptee moled himself into ABC and decided to have some fun exposing the over-riding consumerist, competitive approach to child acquisition that rules US adoption today-entitlements shared by politicians that keep adult adoptees as eternal infants and justify the sealing of our own records.

8 Replies to “I’m Having Their Baby: Bowling for Babies Redux”