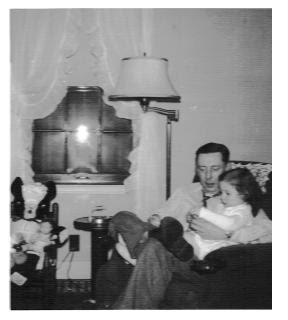 On this Fathers Day, I’m posting some pictures of  my three dads (in chronological order) I still can’t find my pictures of Jack, but I do have a few. . I’ve got lots of pictures of my adoptive dad, Charlie  and one of Mama Dot’s husband Jack. Ahey were  fine men and I miss them all.

In 2005 I wrote a Fathers Day piece My Two Dads for both of them.   My  memorial to Jack is here.