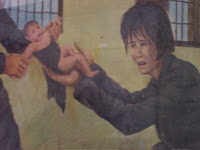 There’s a lot of hidden adoption history in the US, besides hidden pregnancies, sealed records, and secret adoptions.

Below is a bit of that history from Jo Anne Swanson and a request for follow-up: the 25th anniversary of the stand-off between Gladney and Barbara Landry, who refused to turn her baby over to it.

I’ve never heard of this case and I’d love to know more. If you know something or you’d like a set of new articles on the case, you can contact Jo Anne at [email protected]

This year marks the 25th anniversary of the stand-off at Gladney by Barbara Landry, who refused to leave the home without her baby girl. She claimed coercion in her court case, but of course Gladney managed to dispute that claim and still got her child, as they always do in court cases. The Fort Worth Star Telegram covered the story for months, complete with photos, including some of Gladney picketing by Barbara’s supporters.

While this case was going on, another mother, Ellen Breeding, was emboldened to file against Gladney, too. She lost, as well. (Edna Gladney below right)

Does anyone know where either of these two mothers could be located now? 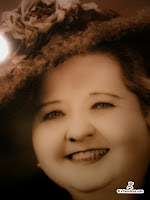 It just seems like an excellent opportunity to get some press on these stories on the 25th anniversary of these events. The fact that, at that time, mothers (or their families) were required to pay what amounted to extortion to retrieve their infants from Duncan Memorial Hospital plays into this story. (This practice was completely legal in Texas at the time – it has since been disallowed under Texas adoption laws.) Gladney’s then-attorney, Bill Schur, claimed the home would ‘only’ have charged Barbara $67 per day for her keep at the home during the time she spent there if she had not signed relinquishment papers. (Thus Barbara’s 94 day stay would have tallied $5,922.) Then Eleanor Tuck, Gladney’s executive director, said that Barbara would have had to pay $2,061.80 in medical bills and $463 in nursery bills. Add these three figures and you get $8446.80. This would explain why Barbara signed the papers despite being offered help from her parents, who had been unaware of her pregnancy and delivery until after the fact when she grew bold enough to call them. How, she must have reasoned, could she burden her parents with this astronomical debt?

Adding to the horror of these situations was the fact that the anti-abortion organization Birthright was referring pregnant women to Gladney auxiliaries around the country, who in turn paid airfare to send them to Fort Worth, allegedly without Birthright’s being aware that these women were thereby trapped into surrendering their infants.

Great story here. It would be too bad to let this year pass without a follow-up. I feel certain the Star Telegram would love to do a follow-up if we could find either Barbara or Ellen and get their permission.

P.S. I have a pdf compilation of a few of the news stories on these cases I’d be glad to email to anyone interested.