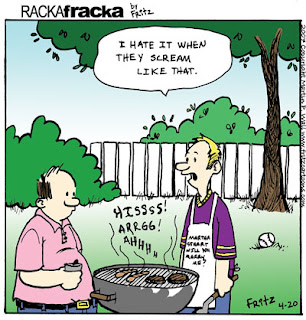 Obviously, I’ve been away again Not really away away, just working on some other projects.

Today, I want to point you to Pound Pup’s Niels Hoogeveen’s skewering of Harvard AdoptaMaven Elizabeth Bartholet. Never has Bastardette taken such satisfaction is seeing one of our major child redistribution globalists and corruption apolgists so deservedly BBQ’d and served on a platter. 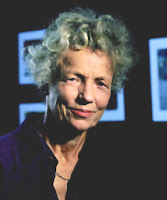 and (indentation quote from Bartolet)

International adoption critics argue that it is naive to think that adoption laws can be enforced in certain countries, given corruption and limited capacities for governance. But even if adoption abuses occur on more than an occasional basis, and even if eliminating them would be hard, shutting down international adoption is wrong. Zero tolerance for adoption abuses may sound good but it will hurt children. The evils involved in such abuses must be weighed against the far more significant evils involved in denying children homes.

This is a very curious passage. It is indeed naive to think adoption laws can be enforced in certain countries. The influence on a country like China is most unlikely, they don’t even allow UNICEF inspections, let alone accept criticism from other countries. Ethiopia, one of the other big sending countries, is such a mess that law enforcement itself is decades away. In Guatemala critics of inter-country adoption have to fear for their lives. So yes it’s very true that it’s naive to think that adoption laws can be further enforced in sending countries.

But the curious thing is that while more or less acknowledging some corruption could take place, Ms. Bartholet seems to see it as wrong to stop a practice that can not be bettered. If her reasoning is true, it’s better to steal a child for inter-country adoption than not adopting the child at all. The evil of stealing a child weighs less in her opinion than not providing a child (that already had a home) a replacement family. This is very curious apology for child stealing to me, unless we look at it from the business point of view where indeed it is worse not to have supply when demand is so high.

Please read Neils’ entire essay and the comments that follow it. This is an important piece that needs wide distribution.

3 Replies to “HAND ME THE SKEWER: POUND PUP SERVES ELIZABETH BARTHOLET UP ON A PLATTER”