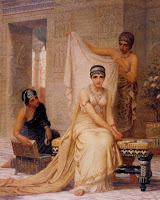 I’m working on a paid typing job for the next couple days and have limited time to devote to writing tonight. But NaBloPoMo calls. So here, for your delight is God’s Heart: Adoption, a video flogging orphan adoption (Tomorrow is World Orphans Day 2010, an evangelical marketing tool placed right in the middle of NAAM to move “orphan” product. I’ve decided not to write about Orphans Day, but I’m sure someone will).

Orphans or thereabouts, of course, are only secondary to the real message of God’s Heart: the Great Commissioning of “Christians” via adoption. You can not only save a child for Christ, but the kid(s) seals that promise that you’ll make it to the Face of God. A friend of mine says of his devout Catholic adoptive parents:
Adoption was their stairway to heaven.
I have a video (not online, but a personal possession) of Kansas Senator (and Governor-elect) Sam Brownback, sobbing that adopting children is the way to heaven. He picked up two from China, so he and the Mrs. are on their way, gold seals in hand.
If you’re one of those ungrateful adoptees whining about having no history or context or roots or birth certificates, shame on you
You, my dears, are the chosen people–in a manner of speaking. At least according to God’s Heart. Without adoption nobody, at least nobody worth knowing, would be here today, Adoption, you see, is the bedrock of creation.
Things you unenlightened bastards will learn from this simple 4:32 minute video: 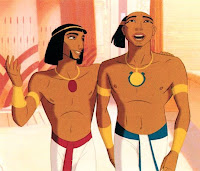 Oddly, God’s Heart doesn’t make any mention of where mothers fit into God’s adoption plan, but then, it’s a rare skygod who acknowledges women in the birth process. Just ask Zeus! Is it a stretch to suggest that adoption theology might be a clue to the erasure of the pre-exilic Jewish goddesses of domestic piety and the rise bad attitude Yahweh? After all, without patriarchy, adoption as we know it, would not exist.
I’ve tried to explain adoption theology for years. I understand it, but I’m no theologian. The best response I get are yawns. I’m grateful then, for this handy cheat sheet you can just click on.
BTW, If you are susceptible to ear worms you should turn down the sound just read the text. There’s no voiceover.) Once in your head, “praise songs” dig in for days.

Reminder: Please use #NAdoptAM when you tweet your blog about NAAM. It will be a great research tool for later.