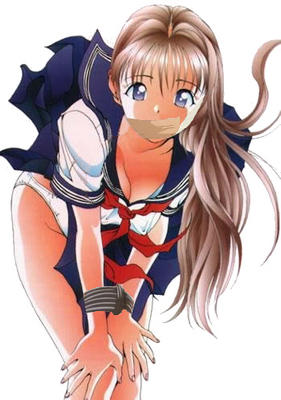 The response to Forever Family–Forever Dead has been overwhelming. All of it has been positive. Well, almost.

You might ask who would complain about a blog dedicated to the memory of Russian children murdered by their adoptive parents? Right? Well, I’ll tell you who. adoption.com, that’s who.

Deemed “anti-adoption,” Bastardette has been booted off adoption.com forums, her account cancelled, and at least one of her essays housed in its Internet library removed.

For writing The Daily Bastardette!

Yes, you read that correctly! Those oh-so adoption friendly and supportive folks at adoption.com have declared Bastardette “disrespectful” of adoptive parents and adoptees. (No mention of birth parents, but do they really count over there anyway?)

The “official” reason, if you believe the mod’s zany lecture, is that the use of the term “adopter”–in Bastardette’s own blog not on the forums–is “anti-adoption.” (We’ll be discussing the term “adopter,” and why it’s a “threat” in a future blog.) But “adopter” isn’t used at all in Forever Family–Forever Dead. In fact, it appears sparsely on these pages–April 3, May 6, May 8, and May 25. Of course, it wouldn’t look good to beat up on small children thoughtless enough to be murdered by their Forever Families, thus, hindering the trade and commerce of adoption.com advertisers, so let’s bitch slap “incorrect” language.

The forum moderator–or rather the “Super Moderator”–who cutely calls herself “Jensboys” and includes an avatar of her “boys” in her sig, seems to have gone out of her way to rationalize kicking me off–strange in itself. After all, the adoption.com police , always intent on controlling the discourse and keeping the cocoon comfy, are notorious for giving the boot, without notice or explanation, to anybody who breaks their rule de jour. Perhaps the forum rules were lifted from the PATRIOT Act. Carrying their nannyism to the extreme, adoption.com even has an automated censor that blanks out inappropriate words with **** only they don’t furnish you with a list of Forbidden Words or explain why they are forbidden. Why any self-respecting adopted adult, birth parent, or adopter would stay around that joint, with its adoption piety and praise is beyond B*****d***e, but then she’s not a former Mormon missionary making a truckload of $$$ off the misery, disempowerment, and insecurity of the adoption “triad” with her hands in the adoption industry’s pocket and her head up NCFA’s ass.

Bastardette has had an adoption.com account for a couple years, but has never posted. I mean, what can you say to Do-Beevilleers whose lives revolve around primal wounds, fear, and gratefulness, and would sooner eat a jar of carmelized chicken feet as demand their identities? But then again who knows? There might be a whole band of untapped bastards out there ready to march on NCFA , (hope there are) if only they weren’t left cowering from the dom’s….er, I mean mod’s…flick of the whip at the slightest spark of politically incorrect bastard awareness,

Some brave soul, calling herself Hard Rock Girl, however, posted the link to Forever Family–Forever Dead to several adoption.com forums and other forums including Families for Russian and Ukrainian Adoption (FRUA), and Holt and Bethany boards under the title “A Very Sad Adoption Web Site. Within about 24 hours adoption.com and FRUA removed all Forever Family–Forever Dead threads after the easily offended and overly entitled complained about the memorial. It was just too upsetting for their delicate psychological conditions. Mysteriously, though, one adoption.com thread survived on the “International Adoption–General” forum. As of this writing, it is still up–and locked–so you can read the whole thing, including the scolding, but just can’t reply. (Warning: this page seems to bo up and down.)

Unfortunately, because Bastardette is a dense and dumb adoptee, it never occurred to her to print out the bizarre statements about her and her blog that were posted on the forums. Even dumber and denser, she never imagined that the discussions would be taken down by hissy-fitting moderators who refuse to permit a dose of reality to be injected into their adoption dreamscape. You’d have thought Bastardette had let loose a skunk at a wedding.

Since the posts are now resting eternally in the ether, I’m going by memory, but here is the gist of the comments from both forums:

*Hard Rock Girl must be Bastardette spamming adoption groups to stir up
trouble and get publicity.

*Don’t read Forever Family–Forever Dead. Bastardette, with that horrible name, sounds like the kind of person who’d send you a virus.

*Why was this posted? It does nothing to further the (my?) adoption process.

*How do we know these stories are true?

*This is old news. Why is it being dredged up now?

*12 isn’t such a high number. Look at all the parents who abuse and kill their bio-children in the US.

*12 isn’t such a high number. Look at all the parents who abuse and kill their bio-children in Russia

*Look at all the kids we’ve saved in Russia; we’ve given them better lives.

*These murders might ruin my Russian adoption plan. I’ve already been waiting a year to pick up my child.

*This page/blog is anti-adoption. Don’t pay any attention to it. Please remove this thread.

Well what’s a girl to do? Bastardette, like her birth parents who couldn’t keep their pants on, suffers from an impulse disorder. She could hardly sit still and read the amazingly bizarre comments about the Russian children, her blog, and herself. At 12:51 PM on August 7 she outted herself and posted to the the International Adoption-General forum. It was a nice post. A polite post as you will see if you go over and read it, even though Bastardette got a little egotistical and showed some of her “adoption credentials.” There wasn’t a ***** in sight. She closed her post explaining that she wasn’t anti-adoption:

We are pro-ethical, transparent, and accountable adoption. We are pro-adoptee. In fact, the real anti-adoption people consider us and
me victims of Stockholm Syndrome.

At 3:07 PM, Super Dom Mom kicked Bastardette off of adoption.com and shut down the thread: 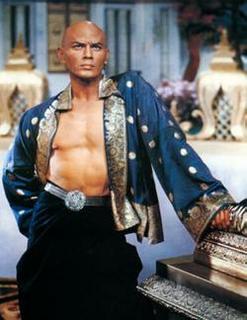 The use of certain terms designates a site as anti-adoption (and as such
adoptive parent and adoptee). For example, “adopter” is a derogatory term. The use of blog entries to mock parents of international adoptees, usng phrases the [sic] decry an aparents [sic] or adoptees [sic] ability to love each other as “real family” etc, etc etc.

It is absolutely imperative that adoption,
as it is practiced today, does seek reform. However, that will never occur until
each side can be respectful of the other

Let’s get this staight now. Super Mod is more concerned about the use of “derogatory” terms such as “adopter” (which, btw, is the standard accepted term by adoption professionals–are they banned from adoption.com too?) than the murders of adopted children?

Is adoption so sacred to adoption.com that we must “respect” the adopter status of those killers of adopted children too small and too young to defend themselves?

Is adoption so fragile to adoption.com that we must “respect” the adopter status of those killers who were entrusted with the care of children by the governments of Russia and the US and then proceeded to beat, smack, kick, punch, slap, throttle, choke, scald, burn, smother, shake, starve and kill them?

Is adoption so brittle that adoption.com can’t let its subscribers discuss news stories about unpleasant (or worse) adoption events for fear that the murderous actions of a few adopters will destroy adoption in this country?

If so, let’s by all means honor these killers who, according to adoption.com must deserve our respect. Le’t s open the jailhouse doors and praise these women and men for saving these poor Russian orphans and their gift of the Forever Grave. After all, who knows what horrible lives they’d be having today if it weren’t for the international adoption industry, it’s trolls, and the Simon Pures at adoption.com.

Holt and Bethany links have not been removed and a steady flow of hits comes in from those boards along from numerous other sources–nearly 900 hits at this point. This afternoon The Daily Kos picked up the link. On the adoptee-friendly about.adoption.com, a civil, discussion is taking place about Forever Family–Forever Dead and problems with Russian adoption, without a hint of rancor, fear, shock, accusation or moderator control. In fact the moderator is a very active participant in the discussion. No one is horrified and demands the discussion stop less their sensibilities burst. That’s what happens when you let adults be adults., not infants who need to be watched over and controlled by cutely named baby sitters.