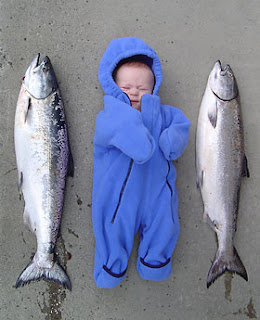 Now that you brought it up, Robin…Here is the latest “safe haven” news release from A Safe Place for Newborns distribution list, September 8, 2008. ( This press release is not online. I tried to post the entire email, with graphics, here, but due to the vagaries of Blogger, the right half of the page was cut off. If anyone would like the original email, let me know and I”ll forward it to you.)

A Precious Life Saved and Now a Future.

A Mother and Father decided to have their baby born safely in a Hospital. The baby is a health little boy. Not able to properly care for for this child, they made a compassionte decision to leave the baby in the “Safe Haven for Newborns” program. They told us – “We want him to have a chance in life and now he will.” The baby’s name is Andreas

We are assisting the biological parents at this time.

Saving Lives: Newborns and their parents!

Our mission contiones…………Saving one life at a time.

Our mission continues………..Saving one life at a time. Nick

A newborn left under the “Safe Haven” program, either by the Letter of the Law or Spirit of the Law was not abandoned.

We receive so many requests to adopt a “Safe Haven” baby. Realistically, it is virtually impossible to ask for and expect to adopt one of these children. The adoption process is regulated by the State of Florida and is the same process for all children that are placed with adoption agencies. To learn more about Adoption and/or to find an agency or agencies in your area contact:

How many Florida “safe haven surrenders” follow the intent of the “safe haven” law?

How many babies have been turned in by “distraught” parents threatening to kill their newborns if they can’t leave them secretly and anonymously at a hospital or fire station?

How many newborns are “safe havened” so one parent can hide the baby from the other?

How many babies and their parents, are , in fact, anonymous?

Why are babies born in hospitals being “safe havened” when hospital social workers offer options for ethical counseling and informed choice and consent…not to mention assistance to keep the family in tact?

How much money have Florida adoption agencies made off of “safe haven” placements. (In Florida “safe havened” newborns go directly into the private adoption mill, not public agencies).

Or is “safe haven” just easier and cheaper?

It’s time “safe havens” in Florida and other states be investigated and exposed for what they are: Fast track, unethical surrender engineered by untrained do-gooders and baby millers.

19 Replies to “FLORIDA: THE SAFE HAVEN DRAGNET CATCHES ANOTHER”