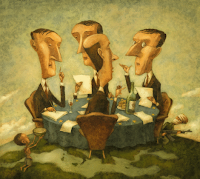 NO! CHILDREN OF THE CORN ISN’T GOING AWAY!

From the same folks who last fall brought us at least 50 abandoned and traumatized teens and pre-teens via their “unique safe haven law” comes the news that the majority of Nebraska senators responding to a pre-session poll by the Associated Press, would support a measure to ban abortion in the state. Most support an exception for rape, incest, or the health of the woman, but four reject all exceptions.

According to an article in the December 31 Beatrice Daily Sun:

23 Nebraska state senators [out of the 40 who responded] said they would back such a ban. That’s despite the precedence of Roe vs. Wade, the landmark 1973 U.S. Supreme Court decision that established a woman’s right to have an abortion. 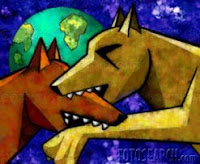 Here’s where it gets interesting. In another AP poll of senators published in the December 24, 2008 Lincoln Journal Star, In the wake of the recent changes to Nebraska’s safe-haven law, do you feel the state needs to increase services for older children with behavioral problems?, anti-abortion Senators Janssen and McCoy said “No” and anti-abortion Senators Flood, Gloor, Langemeier, Pankonin, Pirsch, Schilz, Stuthman, and Utter declared themselves “Unsure.” Speculative abortion-ban Senators Ashford, Friend, Louden, and Schilz also declared themselves “Unsure.” Stuthman, who fought to the bitter end the November Special Session of the Unicam to revisit the “unique”kid dump law he sponsored that made Nebraska the laughing stock of the country, said he was unsure if additional services were needed because, “We need to make sure that the services that we have are being utilized.”

And for sheer audacity: Stuthman and “Unsure” Senator Pankonin at the time the “safe haven” poll was published, were members of the Children in Crisis Task Force. The task force formed by Governor Dave Heineman, after Stuthman’s “unique” law was replaced with one that limited dumpees to the age of 30 days, was charged with finding a solution–in three meetings–to problems exposed by the old “safe haven” law which Stuthman held so dear to his heart. Senator McGill, who chaired the task force skipped the question.

Apparently these senators dozed through the Nebraska Fiasco and the testimonies of dozens of Nebraskans who made their lock-out of putative in-place state and private social services up close and personal during the Unicam Special Session. I hope those parents and guardians who bussed in and knocked on the statehouse door didn’t expect the task force to actually do something other than bloviate out their nose. A task force, after all, is where politicians safe haven their political asses. If it saves just one.

I wrote the following about”unsure” and family unfriendly Senator Pete Pirsch back in September when Big Kids began to clog up ERs. Pete proudly opposes abortion, thinks teen dumps are inconvenient but OK if they save a baby someplace else, and can’t figure out if Nebraska’s child welfare system is broken enough yet to warrant a second look—at least from him:

According to Sen. Pete Persch in an August 15, 2008 article in stateline.org, the only way Nebraska “safe haven” pimps could get their bill passed was to expand the already crazy template of newborn abandonment to an even crazier law to legalize all child abandonment:

State Sen. Pete Pirsch, whose compromise amendment eventually became the law, said using the broad language was intentional, because several senators felt strongly that the safe haven protection needed to be extended to all children. Unaware that language has consequences.

Pirsch continued to bray on:

In my opinion, the need to pass a safe haven bill outweighed the need for perfect language,” “The risk to babies’ lives far outweighed the possibility of a few inconvenient circumstances with older children.”

No AP abortion questionnaire comment by Pirsch was published , but dump pusher Tony Fulton’s response is quoted in the Beatrice Sun :

Direct abortion is the purposeful taking of innocent human life, and unintended consequences are psychological, emotional and spiritual harm to the mother.

There are also far-reaching physical consequences suffered by the unsuspecting mother. If the courts overturn Roe, Nebraska should follow suit and redouble our efforts to help desperate mothers who may be in situations contemplating abortion.

No help for “desperate mothers who may be contemplating “safe havening” their babies, though. (What is an “unsuspecting mother,” anyway?) I guess to these jokers dumping off Big Kids or even small ones you’re not quite attached to yet, does no “psychological, emotional” and spiritual harm” to mother or child as long as it’s done with the legislature’s friendly facilitation as we had this last fall.

Here’s what Lavennia Coover (below) wrote in the October 4, 2008 Omaha World-Hearld after she was virtually thrown out of Immanuel Hospital when she “safe havened” her mentally ill son Skyler in a last ditch attempt to get help for him:

…the help my family received from the state was as follows: the state took custody of my child. I was told I was a worthless parent and the judge didn’t know if I deserved my other two children…

Coover, a law abiding school teacher who thought the “safe haven law” actually meant what it said, was later charged with neglect. Her case is pending.

There is no talk of an abortion ban being introduced in the Unicam this coming session, but it doesn’t take a Cornhusker English Department POMO to deconstruct that baby dump 2.0 could be one of those “efforts” to help desperate mothers” contemplating abortion, even though abortion is perfectly legal and is not an issue for women who dump who often don’t even acknowledge they’re pregnant.

As for the task force, not much has been written. The Kearney Hub reported that a December 1 meeting was “productive” according to people who attended. Task Force chair Senator Amanda McGill said, “the group spent the day talking about and suggesting possible solutions to the problems facing children with behavioral, mental and emotional problems.” Most ideas, she said centered around four themes: access to services, resources, early intervention, and crisis management. No word on the second meeting, but the third was canceled due to “bad weather.”A “legislative proposal” is pending.

The December 28, 2008, Omaha World Hearld published an extremely long and enlightening article, Nebraska system leaves many frustrated in search for mental health treatment which lays much of the blame for the run-up (and presumed continuation) to the Nebraska Fiasco on the lack of intensive mental health services for Nebraska’s wards at the door of Magellan Behavioral Health, the state’s private HMO that determines who gets what treatment in the state’s foster care system. As the gatekeeper, it pinches the state’s pennies and remains a mystery, even to juvenile court judges. Undoubtedly your own state has similar blockages to quality intensive care for the mentally ill caught in the child welfare system.

The January 2 Gothenburg Times reports that any attempt to fund much of anything new will get the cold shoulder when the Unicam meets next week. The problem: The state’s projected $377 million gap between anticipated tax revenue and spending.

Now that the Nebraska Fiasco is but a sordid memory it’s business as usual.

There is no good way to work the into the above blog, but I wanted to include it here as a extended addenda that brings some of the Nebraska Fiasco into context. 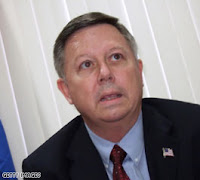 Kyle Michaelis also wrote a blog highly critical of Governor Dave Heineman, which I didn’t see until today, holding the governor personally responsible for the Nebraska Fiasco: Does Dave Heineman Deserve Blame for the Safe Haven Debacle? Here is a portion:

The dilemmas raised by this whole situation have been numerous and ugly. The one thing they all have in common is that they’ve made Nebraska look very bad. Unfortunately, most of the mockery and scorn has been directed at our state legislature. That’s extremely unfair, especially since it was Heineman who signed the bill into law and who later delayed in calling a special session while the situation grew into a genuine crisis.

Of course, it’s unfair to point a finger at any one person for a bill that passed the legislature with only one dissenting vote. But, Heineman gave the final go-ahead and hasn’t been held to account in the sligthest – even though he admitted to its flaws upon the bill’s signing on February 13th, 2008.

Gov. Dave Heineman signed the state’s safe haven bill late Wednesday morning, though he said he has some misgivings about the broad nature of the Nebraska measure….

“Yes, I am going to sign it. Yes, I have some concern,” Heineman said during a Wednesday morning news conference. “We have decided to expand beyond infants.”

But senators can make adjustments to the law in future years if problems develop, he said.

This wasn’t some unforeseen consequence. Heineman recognized the possibility that we’d see precisely what came to pass, and he signed the legislation anyways. Every time one of those children has been dropped off, it’s been Heineman’s safe haven in action...

…Recognizing that so many parents and guardians could be brought to such a desperate act as abandoning their children, Heineman might have embraced this incredible responsibility he’d helped thrust upon the state. Instead, his only focus has been personally avoiding the political consequences without any apparent compassion for the suffering and frustration that have become increasingly evident in so many Nebraska families.

...Anyone that has been working directly with this issue could have told Landry and Heineman, but they didn’t want to listen. I remember about 3 years ago, Heineman wanted to reduce the number of children in foster care because Nebraska had the highest per-capita rate. Result? All of his hacks set out to reduce those numbers NOT by finding ways to be proactive. Nope. They actually CUT OUT voluntary cases, and then required us Case Managers to start writing up fewer case plan goals. Say, for example, if a child was removed because a dirty house (we’re talking cockroaches everywhere, animal feces on the floor, no food in the house, etc). We find out after the removal the parent is doing drugs, and that’s why they can’t take care of themselves let alone their home and their kid. Sorry, but we could no longer address drug use. If we could get them to clean up the home to an acceptable level, we’d put the kid back right away, and maybe not even persue a case beyond the initial hearing. Did it correct the real problem? Nope. But it sure got those numbers down for Dave Heineman.

Who knew Nebraska was so family unfriendly?

4 Replies to “FAMILY UNFRIENDLY NEBRASKA: NO SHAME, BUT PLENTY OF BLAME AND NAMES”