The history of adoption, like our own individual history as adoptees is often hidden, forgotten or never recorded. While we recover our own pasts and the rights taken from us, it is also important to recover the lost history of adoption. It is part of us. We own it.

When we think of Chinese-US cross border adoption, for instance, we think of the 1990s and beyond. The truth is, the “placement” of Chinese children to the US began much earlier, in the 1950s, when Chinese refugee children from Hong Kong were sent to the United States to be adopted by Chinese-American and American couples.
News to you? It was to me! Google “Hong Kong Project” and see what you come up with. 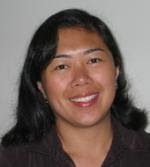 Friday I attended a lecture at Ohio State by Catherine Centiza Shoy, Associate Professor of Asian American Studies at UC-Berkeley. The lecture was part of OSU’s Center for Historical Research’s ongoing seminar The Intersection of Diaspora. Immigration and Gender in World History. Choy’s topic: “The Hong Kong Project: A History of Chinese International Adoption in the United States.”
Prof. Choy is not adopted. She developed an interest in Asian-US adoption when Korean-American adoptees, trying to fill in some blanks in their histories, took her classes in Asian Studies at the University of Minnesota.
Her lecture at OSU was taken from her research for Global Families, the book she is currently writing, under contract with New York University Press. She describes the book on her webpage:
While recent books claim that adoption is transforming America, the international turn in American adoption—its historical origins in U.S. wars in Asia, the controversial rise of its popularity in the United States, and the emergent body of cultural production by adult Asian international adoptees—is poorly documented. “Global Families” explores the international adoption of Japanese children by American families in the post-World War II period and of Korean, Chinese, and Vietnamese children during the Cold War. It analyzes the distinctive role that this history plays in expanding what counts as Asian American experience and identity and in confronting the contradictions of U.S. immigration history.
I don’t intend to go into Prof. Choy’s lecture in great detail; rather I’ll report some of the hidden history of adoption she’s uncovering. (I took extensive notes and as usual, can’t read some of them!) I am responsible for any errors that occur here.
Prof Choy has been working extensively, (though not exclusively) with the archives of International Social Services-US Board (ISS-US) to uncover this part of adoption and Asian-American history. ISS, an international organization, was created in the 1920s to serve the increasing number of families involved in international situations such as custody, paternity, and separation through war. Adoption was not part of it’s original services but became a natural addition due to the growing number of mixed race Japanese and Korean children made available for adoption due to US (and European) military occupation in Asia (and elsewhere) after World War 2 and during the Korean War.
Emerging as an international power at the end of the war, Americans liked to see themselves as “globalists.” Unlike the “racialized” Far East where mixed-race children suffered social ostracism and often abuse, Americans were color blind ( at least according to IA pioneers Harry and Bertha Holt) and “forward thinking.” International adoption was seen as a modern way to create a family and a method to help children in need. Those IA families served as a powerful visual of the United States as a tolerant, multi-cultural nation. At the same time Americans flocked to adopt Asian children, however, black children in the US were unadoptable and foster care stigmatized.
Prof. Choy pointed out that children fathered by American soldiers in Japan and Korea were presented (marketed?) to paps because they were half-American, making their adoption more acceptable. Maybe paps saw adoption as a sort of repatriation or civic duty. The Holts argued that race made no difference to children or adopters. ISS-USA, which had decades-long experience in social services, knew it did–one of many differences between ISS-USA and like-minded international service agencies and the American adoption industry that continue today.

Chinese child refugees sent to the British Crown Colony Hong Kong for safety during “The War for Liberation” between and Chang Kai Chek’s Nationalists and the Chinese Communists (1947-1950) and after began to be made available for adoption by the mid-1950s. They soon became more popular that their earlier counterparts. In a good number of cases, parents trapped in war-torn China voluntarily relinquished their parental rights. Many of their children ending up in the US, however, were “known children;” that is, children adopted by family members already in the US or people (Chinese-American and white) who had had a previous relationship with the the biological parents or family. During the Q&A I ask Prof. Choy if the parents understood what American adoption was (severing of parental rights, sealed records, etc). She has found nothing in the records to indicate that they did or didn’t, so it’s difficult to say. We also do not know if families were reunited eventually, since post adoption follow-up wasn’t made. The question may be somewhat moot since many of the children were adopted by Chinese-American family members and friends. Whatever the case, although Chinese-Americans were the target pap group, a surprising number of white couples, despite the longtime agency practice of “matching” were eager to adopt children from Hong Kong.
In 1954, a symposium was held (I didn’t record the name or location) to discuss transnational/transracial adoption that specifically addressed issues of cultural diversity, the necessity or importance of maintaining cultural identity and traditions, racism within the adoptive family and community, and assessment of adopter ability to deal with problems that would arise with the adoption of an “oriental child.” Of course, all of this sounds very contemporary and unfortunately still controversial.
ISS-US established the Hong Kong Project in response to the interest in the Hong Kong’s refugee children. In 1955 only 4 refugee children were processed for adoption. In 1959 139 were processed, overshadowing the 49 Koreans and 26 Japanese also sent to the US. In 1961, with much publicity, the US received it’s 500th Hong Kong adoptee. The 1962 airlift of 48 children from HK to Los Angeles received international publicity, with one newspaper reporting under the headline: “Bamboo Curtain Tots Arrive.” In 1962 another 114 Asian (Chinese, Japanese, and Korean) adoptions were processed with only 89 white Europeans. That year also marked the beginning of the decline of the Hong Kong Project due to HK’s increased economic stability, the expansion of social services, and the development of domestic adoption programs.
US international adoption, as I wrote about earlier in Operation Pedro Pan. and related blogs, needs to be viewed in the political context of the Cold War where children and child welfare were used for propaganda, political, and humanitarian (or thereabouts) purposes. IA was linked to refugee resettlement and strategic immigration, and, to cast the US as a helper nation. Prof Choy did not bring up any nefarious intent as we saw with Pedro Pan.

ISS-US recognized that adoption was needed for some children, but did not see it as an end in itself. It supported economic development and promotion of the creation of domestic child welfare programs that would allow children to stay in their own country and community, and hopefully with their families. It did not see adoption as a solution to over-crowded orphanages and poverty sensationalized by the press and adoption entrepreneurs such as the Holts (above) and Pearl Buck. The organization refused to rush through paperwork and placements, even when pressured by the US politicians and paps, when US immigration laws regarding adoption were expiring and children needed to be sent out quickly if they were to be adopted. It also objected to Holt’s “proxy adoptions” where children were adopted by couples on-site and then shipped to the US to their “real” adopters. According to Prof. Choy, ISS-US officials argued that adoption is a complex procedure to be guided by ethics not expediency Demanding and pursuing ethics in adoption, Prof. Choy says, the organization was branded “anti-adoption” a label that sticks to it today, although has not been involved in adoption for years.
Fifty years later, those same attacks are made on individuals and organizations that demand ethical childcare and adoption over expediency and money–the latest example the adoption rush in Haiti. Go to my blog End Child Exportation and Trafficking in Haiti to find entries and links regarding the attacks by drive-by child savers and missionaries on SOS Children’s Villages and UNICEF.
Prof. Choy’s paper was much more detailed and nuanced that this report. I did however want to share this little known history with readers. It’s important stuff.

3 Replies to “Chinese Adoptions to the US: Older Than You Think”