According to Masha Allen’s last counsel of record, James Marsh, ChildPromise, formerly known as Reaching Out Thru International Adoption (ROTIA), the agency most responsible for placing Masha with pedophile predator Matthew Mancuso has gone out of business. No reason given. (ChildLaw, Cambria County Casualty. Also see Marsh’s related blog, Children for Sale–Guatemala Pedo-Paradise)

As Marsh reminds us, none but Mancuso have been brought to justice, legally or morally–or even received a slap on the snout, for their parts in Masha’s tragedy.

Jeannene Smith, coordinator of Masha’s adoption at ROTIA, which was not licensed to operate in New Jersey at the time of the adoption, has walked away clean as the Virgin Mary, despite attempting to “mislead” the FBI and the US Congress about her role in the placement and lying to New Jersey officials and destroying documents during that state’s investigation.

So brazen is Smith, now treasurer of the self-created international adoption lobby, Focus on Adoption, that last October she waltzed right in to the Adoption Ethics and Accountability Conference Future of Guatemalan Adoptions panel Q&A to advocate “concurrent planning” (local/domestic and international placement) without worrying about “cultural barriers,” to get children “released as quickly as possible.” Translation: keep the product moving north. Smith, who is insane, sociopathic, or wears Dick Cheney-size balls, didn’t miss a beat, even when booed heartily by Elizabeth Case.

Apparently, Smith, who is not a licensed social worker, felt she was in safe territory at the ethics conference since her old friend and current director of the Joint Council for International Children’s Services, Tom De Filipo, sat on the Guatemalan concerns panel. Smith, formerly served as treasurer of JCICS. She was also a member of the JCICS Cambodian Caucus and served on its Hague and Ethics Committees. (Smith bio) How someone with no known background in social work and child welfare, whose only claim to adoption expertise is being an adopter, reached these heights is indeed a ponderous question. It reflects the Do It Yourself world of Adoption American Style where anyone with a little bit of finangling, a larcenous heart, and an inflated ego can hang up a shingle and declare themselves an “adoption professional.”

Certainly Jeannene Smith is not the only guilty actor in Masha’s case. But she’s a good place to start. Pennsylvania and New Jersey officials vowed to bring justice to Masha, but for them it’s out sight, out of mind. Masha’s opportunity for legal redress fades more each day Under New Jersey law, Smith, the unlicensed baby broker can be sent to jail for 5-10 years and fined $150,000 for operating there without state approval. Of course, the day that happens is the day cows fly over Trenton. Or when adoption is stripped of its child saving sanctification and the rot exposed.

Should Masha have to wait that long? 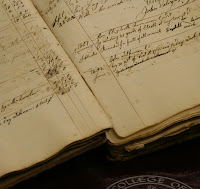 RESOURCES
You can hear Smith’s ethics conference Q&A session on CD (order here). For reports on Smith, especially her one-woman conference show read David Kruchkow’s account on Adoption Agency Check List (including his highly informative Sidebar: Why Jeannene Smith should be banned from having anything to do with adoption and children, about 3/4 down the page), Jennifer Hemsley’s comments on Great Wall of China Nightmare (CHEW), and of course, Marsh’s ChildLaw blog. These resources as well as Fleas Biting and Beware of BBAS which also report on corrupt international adoption practices are all linked on Bastardette’s Blog Roll.

If you can stomach it, read the transcript of the September 27, 2006 Congressional hearing at which pimpette Smith attempted, unsuccessfully, to “distance” herself from the whole mess. I intended to post some quotes from it, but, so much adoptabullshit, so little bandwidth. Here is a sample though (page 49):

MR. FERGUSON:… Ms Smith, let me ask you a simple question first. This is an easy yes or no. Were you and your agency the adoption agency responsible for the adoption of Masha? Yes or no? It is real easy.

MS SMITH: I think we all were.

MR. FERGUSON: That is a remarkable answer. I think that would probably catch a lot of people by surprise. I think perhaps some of us in this room were more responsible than others. Is the answer to that–legally, were you the responsible adoption agency for this adoption? Did you place her with Mr. Mancuso?

MS SMITH: I think we had a role in it, yes. I don’t know who, ultimately.

One Reply to “A SMALL MEASURE OF ACCIDENTAL (?) JUSTICE FOR MASHA”