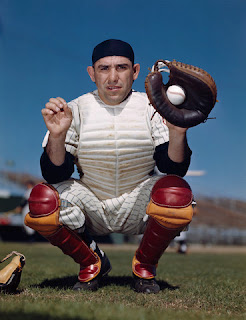 I’m working on a couple of blogs, but in the meantime, I’m sending out 3 short catch-ups to light up your life, give you hope to carry on and fill your nights with…well, whatever.

OLD FRIEND–NEW BLOG
Please check out Baby Love Child, a brand new blog that went up today: Starting in the Middle. The author, Lauren Sabina Kneisly, is a very old and dear friend of mine. She appeared here as a guest blogger last year with “Stem-Cell Veto, Snowflake Kids, and Christian Eugenics” (July 29, 2006). She’ll be kicking it up writing cutting edge analysis of AdoptionLand. Here’s a sample:

Yes, the personal IS political, (but not universal!) but did that really mean I had to end up neck deep in working on adoption? I mean, the language is completely broken, the power disparities are massive and overwhelming. International child marketing and redistribution is almost too much to wrap one’s brain around. Add in reproductive technologies both emergent and old, and it’s enough to give a Bastard a migraine! (And I haven’t even gotten to why I use the word Bastard yet!) …. 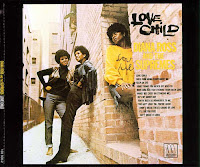 SPEAKING OF LOVE CHILD!
Here’s an interesting piece, A Double History of the Supreme’s “Love Child” from Beat Research 2, which segues from “Love Child” to the author’s teen mother who kept him.

Love Child” is a protest song in the same way “Blue Suede Shoes” was–a warning, or a plea, for someone to back off, in this case Diana Ross’s boyfriend. He’s pressuring her to have sex, and she wants to wait. 1968 was the year that the birth control pill, then on the market for eight years, was compared to the discovery of fire in terms of importance, but the sexual revolution wasn’t yet in full swing, and anyway the Supremes were essentially singing for kids (not a pejorative). More to the point, Diana Ross was singing as a kid–the narrative voice is clearly that of a teenager even if no ages are mentioned–a teenager telling her boyfriend why she won’t have sex with him–she will not get pregnant and continue the cycle of unwed, teenage motherhood.

MOTHER BASTARDETTE
No, Bastardette did not return from conference hopping with sprog in hand, (heaven forfend!) but she does make a cameo appearance in the November issue of Mother Jones, Did I Steal My Daughter? The Tribulations of Global Adoption, by Elizabeth Larson.

Yet the vast majority of transnational (also called international and intercountry) adoptions remain closed—and it’s widely understood that this appeals to some adoptive parents. “It’s about entitlement and ownership,” says Marley Greiner, the executive chair of the activist adoptee group Bastard Nation. “When you read the adoption boards online, it seems like parents go overseas because they don’t want some pesky birth mother or relative showing up.”

I thought I’d have some more quotes since the fact checker called me a few weeks ago to verify some “radical quotes” from me. But it’s fun to be in MJ, especially since I’m an old Wob and many years ago corresponded with IWW historian/Mother Jones biographer Fred Thompson who was good friends with the real Mother Jones.

7 Replies to “CATCHING UP FROM THE CONS”