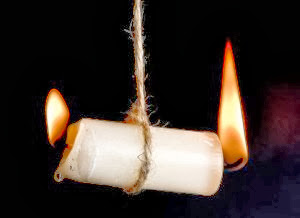 Both Ends Burning’s  Craig Juntunen  wrote a truly clueless blog the other day.  I don’t have the time tonight to go into it in great detail.  I’ll post part of it below, however,  with some comments. Certain transnational and transracial adoptees I know could have a field day with this, and I hope they do.

We have developed a distinctive arrogance of what is right and wrong for a child seemingly based on borders and geography. Many argue taking a child out of one culture to join a family in another culture is robbing a child of the birth heritage and should never happen. We have a hard time accepting cross-pollinating race and heritage as a cultural asset, and view it instead as a personal liability. Think of the many friends you know who were born in one country and during their childhood moved to another country. Ask them if moving to another country was traumatizing and damaging to their human condition, or ultimately  an experience that allowed them to expand their human condition.  Better yet, ask any child living in an orphanage whether they would prefer to have culture and heritage or a permanent family.
If we are really going to evolve into a functioning global society, why can’t we accept, embrace, and promote cross-border adoption in the same light we accept and promote domestic adoption? Are we still quietly clinging to the notion that a segregated society is a better society?
(1)  Juntunen’s comparison of international adoption to routine family immigration is ludicrous, if not amusing. (OK, I snarked out loud when I read it.)  I come from an industrial town that had lots of immigrants dating back to the mid-1800s.   When I was growing up  we still had ethnic and religious neighborhoods: Italian, Greek, German, Spanish, Slovakian,  Serbian, Russian, Syrian and Lebanese,  Romanian, and Jewish.  In fact, I attended a predominately Jewish grade school through the second. grade. As a postwar kid I knew plenty of  “refugee” kids.  My schoolmates came  from Czechoslovakia, Latvia, Lithuania,  and Greece. All of them came to the US with parents or family members. Despite the trauma of war, they were not torn without notice from their parents, families and care takers, their culture and language. Their names were not changed. Their identities and histories  were not erased and held sealed and secret by the government.  They were not blank slates.  They were not  natural resources expropriated for profit by privilege or whim.  They were not a soul-saving project. That Juntunen would compare  the cross-country and cross-racial  disenfranchised adoptee experience to the experience of   family immigration astounds me.  What next? Sentimental revision of the Middle Passage?  The Magdalene Laundries?
(2)  Junteunen must feel pretty achey breaky  and bent over carrying that white man’s burden   to the “new caught sullen of the world.”  It’s no surprise that Harvard’s child-redistribution maven  Betsey Bartholet, who believes that the act of putting one’s children into the hands of international adoption agents empowers   not only individuals and families but entire  countries, is listed on BEB’s 2010 and 2011 IRS 990 forms as a board member. It makes me wonder where Georgia Tann, were she still alive, would be in  all this today.
The Americentricity and racism in Juntunen’s  claim that those do not not accept the international adoption racket as “normal” are racist is naive,  Utopian, and dangerous to  the children and families who fall into the hands of  Juntunen’s mercenaries  and by extension  to the adoptee rights  movement. Juntunen probably doesn’t realize it, but he’s a eugenicist at heart, homogenizing entire cultures with “good intentions” and a globalist view of a massive US humanitarian effort to save children from their own people by bringing them to the US for their own good.   Juntunen’s ideas sound  suspiciously  close to Adam Pertman’s weird thought that if  enough kids are adopted out around the world we can stop war.  I don’t have a source handy, but he once  asked  with a straight face “why would anyone want to kill their children’s parents.?”
(3)  Who  said we “embrace” domestic adoption?
******

And while I’m here….

What’s this we hear about Both Ends Burning packing  up Scottsdale and moving to the Beltway?  I’ve seen nothing official yet, but that’s the word on Adoption Street.  I wonder how the National Council for Adoption and the Joint Council feel about a new boy on the block. Not much, I’d guess. They’ve got enough to contend with each other.

Both Ends Burning has a  money board of oil and gas(bags), jocks, and a consultant for Bain Capital (!), but does that translate into $$$$   Washington style?  Go to Guidestar and look up the various 990 forms of the three organizations and you’ll see that BEB is minor league so far. Sort of the Toledo Mud Hens of  the adoption industry lobby. Of course,  leaner could be meaner, might work for the ambitious newbie who probably has a strong business plan in place, but  neither NCFA of  JCICS is exactly fat.  For all their work, NCFA and  JCICS are lucky to break even.  JCICS  is flapping around like a dying  fish;  its membership bleeding  to  NCFA, in the double digits. (Note to Chuck: I’ll give you a special Bastard Spermie  button  if you expel Nightlight  aka The Baby Veronica agency, to  the outskirts of Lower Slobobia)

If the story of the move is true, then I’m sure it’s related to CHIFF in the shortrun.  It is also clear that despite the slick sell and bleeding heart newspeak of CHIFF’s promoters, CHIFF has met some serious resistance–bigger than AdoptionLand can offer alone. So what is BEB up to?  Whatever happens with CHIFF, it won’t be the end of Both Ends Burning sitting in the Big Boodle, or i’s  globalist agenda.. Let’s send them back to Scottsdale. 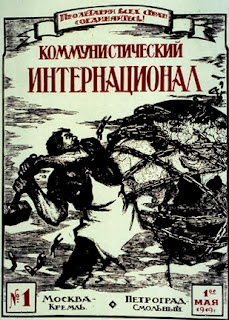 The entire adoption industry is a phenomenon of cultural Trotskyism. I expect one of these days soon we’ll have an Adoption International (Adoptintern).  At least then the factions can splinter up into idiosyncratic crackpottery and leave the rest of us alone.


Twitter fried my account and I was forced to start a new one.  Besides tweeting The Daily Bastardette I tweet  (and retweet) about adoption issues, civil rights, freedom of the press,  the corporate state,  Depeche Mode, literature and books, plus some local stuff.  I retweet generously.  Join me there! Daily Bastardette @DBastardette.