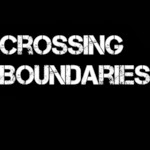 I am happy to announce that I’ll presenting at the 2014 Alliance for the Study of Adoption and Culture (ASAC). conference, Crossing Boundaries  at Florida State University in Tallahassee.early next year..  I’ll be part of a Book Session  panel headed by E. Wayne Carp author of the upcoming biography  Jean Paton and the Struggle to Reform American Adoption (University of Michigan Press, 2014).  A permanent title for the presentation will be announced in a few days, but for current informational purposes, we will be discussing the Jean Paton’s work and the book..

With me will be Elizabeth Samuels and Marianne Novy. I don’t know what their critique topics will be, but mine is “A Radical Looks at a Radical.”
Jean Paton is the mother of us all.:\ the  Mother of US adoption reform and the adopee rights movement.. As  Dr. Carp noted in the proposal:
Paton gave adult adoptees a voice and provided them with a healthy self-image; facilitated thousands of meetings between adult adoptees and their families of origin; fought tirelessly to open sealed adoption records… Patron’s struggle to reform American adoption was never easy; she faced resistance at every turn. This, then, is Jean Paton’s story: one courageous woman’s struggle to overcome American society’s prejudice against adult adoptees and women who gave birth out of wedlock; reverse social workers’ harmful policy and practice concerning adoption and sealed adoption records; and change law makers enactment of laws prejudicial to adult adoptees and birth mothers.

I’ve presented twice at ASAC, in 2005 at the University of Tampa on Where We Came From:  First Mothers in Film and in 2010 at MIT, with  Floating Baby Moses:  The Politics of Legalized Baby Abandonment. (not online.)  It is truly an honor this time to be included with Elizabeth, Marianne, and Wayne.

I’ve met Elizabeth several times, and  we shared a panel  on records access at the  Adoption Ethics and Accountability conference in Arlington, Virginia in 2007.  She is a professor of  law at the University of Baltimore .and the author of several important law review articles on first parent confidentiality and records access.  (See link to her for a list of them)

I’ve known Marianne for ages.  She  is  a fellow Ohio bastard and the author of one of my very favorite adoption books,  Reading Adoption: Family and Difference in Fiction and Drama and the editor of a another favorite,  Imagining Adoption:  Essays on Literature and Culture. She teaches in the Literature Program in the Department of  English at Pitt and a leading force in adoption studies..

Wayne, of course, is one of the pioneers in adoption history.  He is the author of Family Matters:  Secrecy and Disclosure in the History of  Adoption  and my favorite  adoption book (naturally!) Adoption Politics: Bastard Nation and Ballot Initiative 58. He is also the editor of Adoption in America: Historical Perspectives and numerous scholarly articles. Wayne teaches at Pacific Lutheran University in  Tacoma, Washington where he holds the Benson Family Chair of History.

We are a very cool lineup.

For more  information about Jean Paton and her new bio, go to The Biography of Jean Paton  webpage.  Also, “like” the  book’s FB page.

This is so exciting.  Now I only need to read the book–which is currently undergoing final proofing and will head to press very soon for release early next year.
******
Scheduled keynoters:

Jackie Kay, professor of Creative Writing, Newcastle University (UK)  is a Scottish-Nigerian adoptee, and author of the groundbreaking volume of poetry The Adoption Papers, and the adoption memoir Red Dust Road.

Laura Briggs, Professor and Chair of Women, Gender,  and Sexuality Studies  at the University of Massachusetts, Amherst is the author of Somebody’s Children: The Politics of Transracial and Transnational Adopton, the winner of the James A Rawley Prize from the Organization of American Historians  Briggs, incidentally, in August published  a very important op-ed  in Indian Country, Why feminsits should care about the Baby Veronica case.