IF IT’S NOT BROKE–DON’T FIX IT!

HB 1830 which would legalize newborn abandonment in Hawai’i through the implementation of “safe havens” has passed both houses and is on Gov. Linda Lingle’s desk awaiting her signature.

In 2003 Lingle vetoed a similar bill saying that it would undermine traditional Hawai’ian family values and discourage mothers from seeking assistance from in-place resources. Lingle has made no public comment about the current bill, but there is no indication that she has changed her mind about “safe havens” in Hawai’i. In April, her senior policy adviser Linda Smith, in written testimony to the legislature, said, “Enactment of this bill may encourage those mothers to abandon their children rather than seeking help from the birth fathers, their families, and other supportive resources,” an almost direct quote from Lingle’s 2003 veto statement.

Gov Lingle is under tremendous political pressure to sign HB 1830 or let it pass into law without her signature. She has until June 23 to indicate whether she is considering vetoing the bill and until July 10 to take final action.

WHAT YOU CAN DO: 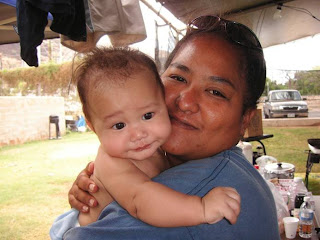 • HB 1830 is not needed; newborn abandonment/neonaticide in the state is nearly unheard of. Since 1996 there has only been one prosecutable case…

• HB 1830 rejects and undermines the traditional Hawai’ian practice of “hanai”– extended family and community care which insures that children, unable to be reared by their biological parents are lovingly kept within the family or close community where their identity and heritage remain in tact.

• HB 1830 eliminates”hanai” and the right of identity by denying the “safe havened” access to their original birth documents and heritage information.

• HB 1830 abrogates certain government benefits available to all Native Hawai’ians because the “safe havened” will be unable to prove Native ancestry.

• HB 1830 rejects informed consent and best practice standards of child welfare and adoption placement such as the collection of a full record of identifying information and social and medical histories.

Oppose HB 1830 and encourage Gov. Lingle to hold firm. We have been told that faxing is the best way to get legislators’ attention.

To forestall an override attempt contact the following key legislators who will decide whether to initiate an override. Explain why you oppose HB 1830 and include your letter to Gov. Lingle. 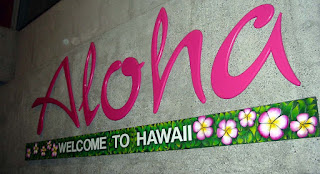 Anonymous baby dumping is not an acceptable cultural practice in Hawai’i now. No law should make it acceptable for the future.