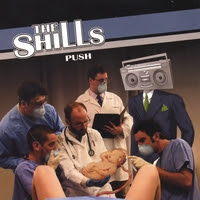 Sunday, two adoption shills, NCFA crony Aaron Britvan and Florida Children’s Home Society David Bundy, crawled out of their cabbage patch to complain about the Evan B. Donaldson Adoption Institute’s “For the Records” report issued last week which recommended the opening of adoption records to all adult adoptees.

I obviously have problems with the report, but I’ve also got a problem with adoptacrats who write to newspapers, grinding their fangs because the beneficiaries of their hard work don’t sufficiently appreciate their efforts to disengage us from our identities and rights. And first mothers….it’s a wonder, at least according to these bullies, that the poor “vulnerable” dears answer their phones for fear of what BBB’s (Bastards Behaving Badly) might do. After all, our moms (why don’t these hacks ever mention dads?) were “promised anonymity.” Did they sign the papers in invisible ink?

Anonymity? Bastardette must be dense. I thought it was all about “confidentiality” and “privacy” But then, since the advent of legalized baby dumping (what the adoption class nicely calls “Safe Haven laws”) we’ve seen a conflation of these two Axis of Evil favorites with their new favorite “promise”: anonymity. Or maybe these guys think they’re all the same thing. 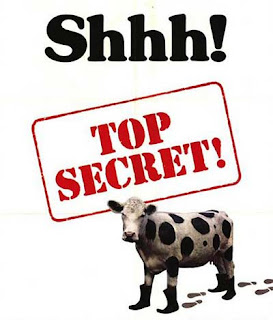 If you don’t believe me, read the following excerpts.

Britvan wrote in Newsday under the title: Keep Limits on Adoption Records:

Regarding “Access to adoption records urged” [News, Nov. 12], when considering an adult adoptee’s right to adoption records, it is important to do a balancing act between the adoptee and the birth parents, who may be seeking to maintain anonymity.

While I sympathize with any member of the triad who initiates a search, we must remain sensitive to those women who found themselves unready or unable to parent a child and chose instead to place their children with loving adoptive families. To promise them anonymity during this vulnerable time only to break that promise years later is simply wrong.

And it gets worse. Bundy brags :

For 105 years, Children’s Home Society of Florida (CHS) has provided adoption services designed to respect all members of the adoption triad: the birth mother, the child and the adoptive parent, serving the best interests of each.

If mothers were promised anonymity from your agency, Mr. Bundy, then you lied to them. Your adoption enterprise has been operating unethically for 105 years. Shame on you. 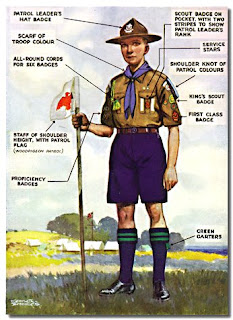 BE PREPARED
I suppose more of these professional shills will show up in the media in the following weeks. I’ll try to keep you informed when they appear. Go to their letters and commentaries and talk back. Send letters to the editor. Post comments when you can. Take your blood pressure meds. Don’t let these croooks get away saying they speak for you or your families!

LETTER TO NEWSDAY
To the Editor of Newsday:

How much flogging can a dead horse take? In “Keep Limits on Adoption Records”, (Nov. 18) adoption attorney Aaron Britvan continues his decades-long fight against adopted adults ungrateful enough to demand that the government unseal their birth records.

Britvan maintains that parents who relinquish their children for adoption are guaranteed “anonymity” from their own offspring. Britvan knows better. In nearly 30 years of The War Against Adoptees, Britvan and his adoption industry cronies have been unable to present one single document or other evidence that shows any such guarantee. Original birth records are sealed only when an adoption is ordered, not when parental rights are terminated. If the child is not adopted, the birth records remain unsealed. During the relinquishment and adoption process, names and other identifying information about biological parents are often posted in legal ads in newspapers (Britvan has likely posted them himself) and appear on court documents given to adoptive parents. 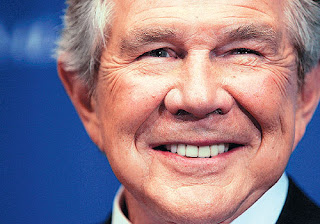 In 1996, Britvan along with the National Council for Adoption, Pat Robertson’s American Center for Law and Justice, The Tennessee Eagle Forum, The Family Research Council, The Tennessee Christian Coalition and other rightwing organizations were amici in a suit that challenged a newly enacted Tennessee law that opened original birth certificates to some Tennessee adoptees. The court rejected their arguments ruling that the opening of records did not violate constitutional rights to familial and reproductive privacy and privacy against disclosure to confidentiality of all information. That ruling was affirmed by the 6th Circuit Court of Appeals. (Doe v Sundquist).

The not-adopted need not justify why they want their vital records. They have a presumed right to their own birth certificates and can do with them what they please. All arguments for access, therefore, must flow from the presumed right of all adults to unrestricted access and possession of their true birth certificates, not just a majority class. Otherwise, the right of anyone to possess their own birth certificate is not a right but a favor the state grants to some. The real issue is adoptees’ relation to the state. Who owns our identity: us or the state?

Adopted persons and their families are tired of Aaron Britvan and his ilk claiming to speak for us. We are adults and quite capable of running our own lives without his supervision. Mr. Britvan should lay own his cat-o-nine-tails, bury his horse, and retire to the New York countryside to tend the bank account he’s built on the misery of others.

If privacy and confidentiality “promises” are dead defenses to keep adopted persons from their own information why in the world would the atoptocracy think “anonymity” would work? I can’t wait for them to argue “promises of anonymity” before somebody who actually knows the law. As bastards move toward full citizenship and identity, the adoption industry grows desperate. May they soon anonymize themselves

2 Replies to “ANONYMITY: THE NEW CONFIDENTIAL–ADOPTION SHILLS SPEAK OUT”