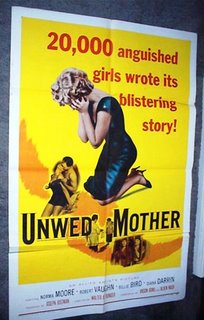 Two weeks ago the Detroit News published a remarkable series of articles, “Empty Arms/Empty Hearts,” on the social management of the unwed pregnant during the baby snatch era. Reporter Marney Rich Keenan relied heavily on the narratives of Detroit-area women much as Ann Fessler did nationally in The Girls Who Went Away. You can access the entire series from this point, and then hit the various links on the right to read all.

Reponses to the series appeared in the News on December 27. They are not nice. Except for 2 letters, one from a snatchered nmom Susan Schnirring and the other from CUB’s Region 3 Director, Mary Ross, the letters charge Keenan and The News with pushing….you guessed it…abortion! So what if abortion has nothing to do with the women featured in the article? Can we expect any less from chattering anti-abortion busybodies who view every mention of “adoption” as an awesome opportunity to exploit their pet bete noir; any criticism of how it operates as “anti-adoption”?

Bastardette, of course, should have seen it coming. Having misspent 2 weeks of her youth each summer luxuriating on the beach at Gratiot Inn on Lake Huron, however, I thought a little better of Michiganders. Nonetheless, ruffling the feathers of the Golden Goose isn’t something that MSM does every day. In retrospect, why should Michiganders be any different than say South Dakotans or Mary Ann Kuharski when it comes to the yin and yang of abortion and adoption?

Transgressive mothers dissatisfied with their lot obviously are of the same ilk as that other recent troublemaker, ART trophy, Katrina Clark. Ungrateful, whiney, entitled, selfish, clueless birthmothers (Scott & Jamie Bahr) who speak out are culpubable sluts (Larry Gillis) who should celebrate not mourn their donation to the gene pool. How dare you voice an opinion about yourself! Shut up! Crawl back into your hole–and cover it up while you’re at it! And those snotty anonytons they “gave life to” should be grateful, too. (Suzanne Calvano). Dad’s aren’t even rated.

According to these chatterers, coerced abortion is the real problem, not coerced adoption which after all has a happy ending–for somebody. No “real woman,” of course, would ever undertake an abortion willingly. Abortion, for these snoops, never has a happy ending. That coercion in both instances denies female agency and is always wrong escapes these know-it-alls. To them the end is always more important than the means. Female agency doesn’t mean squat. Women are stupid.

Come to think of it, I did see it coming. Bastardette has sat through enough legislative hearings, read enough editorials, and listened to enough evangelical folderol and adoption “theology” to know that we always lose when these people claptrap their way into the statehouse and fly their baybee banners. They know nothing about adoption, but since when has that stopped them from spreading their factoids into every nook and cranny of the brains of legislators and newspaper readers? These frauds like to say they “sympathize” with adoptees who want their identities. They like to say they “commiserate” with birthparents who “believe” that they were treated poorly. But the sun goes down on us. These refugees from the loony bin have to “save the baybees” from the likes of us selfish uppity bastards and desperate housewhores without whom there would be no adoption to start with. We should just “get on with it” and tend our picket fences. We should sacrifice our genealogies, histories, and rights–make ourselves invisible–so the wingnuts can doze comfortably behind their Do Not Disturb signs. 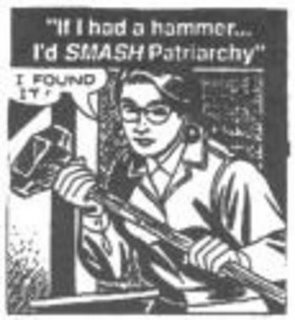 Break out your hammers! Pry those signs off their doors! These are OUR lives, not their imaginary mythologies that keep them warm at night.

*********
The letters are short enough to re-publish here, but I’ll make you look at them yourself. As always you need the full effect.

Go here to write see how to send a Letter to the Editor. Marney Rich Keenan can be reached at [email protected]