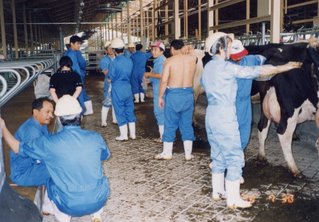 In today’s Salon, “Baby Daddy or Not” asks advice columnist Cary Tennis if she and her partner, who are going for donor insemination, should use an anonymous contributor. Partner wants a faceless nameless dad, the writer wonders if they should use a known donor. The question of identity, unsuprisedly, doesn’t play. “Baby Daddy,” instead, is concerned about the need of the proposed child (especially if it turns out to be a boy) to have a “father” involved his/her life. She weirdly wonders that she may be suffering from “internalized homophobia” “that we need a man to raise a child.”

Cary says, yeah, it would be nice to have a dad around, sure, but then gets to the heart of the issue:

There are quite a few responses to the article (76 so far), including mine, “This is not about pitching a ball. Its about identity rights.” Some responses are good. Some, of course, actually a quite a few, are not. But except for an idiot named Al who thinks that war rape is good for “the local gene pool” in the long run, the discourse is about 47 steps above the WaPo trashing of Katrina Clark.

Whenever I read one of these articles on ART I’m reminded that there is no difference between baybee entitled adopters and baybee entitled ARTsians. It’s all about them. Of course, not all parents involved in either of these family building schemes are selfish, cloddish mini-me’s. In fact, I think a lot of people get it. But as long as identity and narcissistic child acquisition are “all about me,” secrets will continue to be protected for the people who shell out the money and have the most to “lose.” And the rest of us continue to get the old screw you.

One Reply to “MORE ME ME ME: SHOULD WE TWO MOMMIES TELL THE CHILD WHO THE SPERM DONOR WAS?”