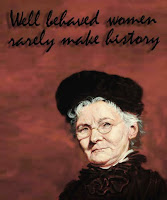 Maryanne Cohen sent the following as a comment to Bad Day in Illinois, regarding the passage of HB 5428. I posted it there, but thought it was so good, and voices what many of us feel right now, I am posting it, with Maryanne’s permission, as a separate guest blog.

I am working on a long piece on Illinois and not sure when it will be finished. There is much to say about this travesty.

I am so disgusted over IL signing a terribly deformed bill into law, and all these other bad bills popping up like warts all over the country. This has really made me understand the term “Adoption Deformer” used by some to describe the people who push these bills.

The notion that convoluted compromise bills are “fair” and consider the “conflicting rights” of adoptees and birhparents. This ignores the fact that birthparents gave up ALL rights around the adoptee when they signed a surrender. There are no “conflicting rights” until deformed bills with vetoes write them into law. Some Deformers have the nerve to say bad bills are “better” than clean ones, and to eagerly offer to advertise them far and wide so closet mommies can file their vetoes!

The “we will fix it next year” delusion. Yes, your group may come back year after year in an attempt to fix a bad bill, only to find that the legislators have lost all interest. “We already addressed that issue” will be their answer for many years to come. No Deformed bill that passed has EVER been fixed. There are NO “baby steps,” just one big step
over a cliff for those adoptees left behind by deformed bills.

The “adoptee’s (sic) are dyin'” argument that mixes medical records and sentimental reunions with open records. This leads directly to unworkable schemes to extort medical information from mothers who do not wish contact, and medical registries rather than adoptee rights. “After all, isn’t medical history you greatest concern?” says Mr Legislator?

“It helps the majority, only 1% left behind.” First of all, nobody really knowns what percentage of adoptees will be blacklisted in any given scheme, so the numbers thrown around are suspect. On the other hand, Deformers have an “if it saves just one” mentality about legislation that makes it easier for any percentage of adoptees to get records and search, because search is really all they are about, not rights. 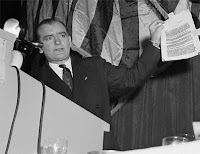 When you are the one barred from getting your records because of the year you were born falling into a black hole, or because of a veto. it is cold comfort that the majority got theirs, and it is NOT A RIGHT. It is permission from Mommy, insulting to adopted adults and to birthmothers who see their grown children as autonomous adults.

Yes, I am disgusted by Deformers. With friends like that we do not need enemies.

35 Replies to “WHAT IS DEFORMED: A Response to the Passage of Illinois HB 5428 by Maryanne Cohen, guest blogger”