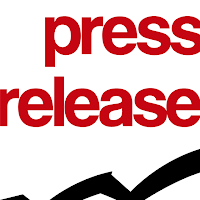 Salt Lake City, Utah (May 25, 2010) – Ramsey Shaud, an unmarried 23-year-old construction worker and waiter from Crestview, Florida, wonders what more he could possibly have done to preserve his rights to his now five-month-old daughter. When Shaud’s girlfriend told him she was pregnant and planned to place the child for adoption, Shaud insisted on having custody, filed in the Florida putative father registry, and offered financial support to the mother. The mother rejected his offers and left for Arizona, and later Utah.

Shaud immediately filed in the Arizona putative father registry and contacted Utah attorney Daniel Drage. With Drage’s help, Shaud filed a paternity claim in Utah and a notice in the Utah putative father registry five days before the birth. Utah law requires an unwed father to file the claim and notice before the mother consents to adoption. Shaud’s notice was mailed on January 12, 2010 and marked received by Utah Vital Statistics on January 14. The mother consented to adoption on January 19, and an adoption petition was filed.

When notice of the adoption petition did not come to Shaud, Drage investigated. He discovered that Vital Statistics had not processed Shaud’s paperwork until January 20, making Shaud’s filing one day late. Moreover, the date of receipt on the envelope had been altered from January 14 to January 20. The adoption was then ordered without Shaud present.

“I did everything I possibly could to completely comply with Utah’s strict adoption codes only to be told in court that the state of Utah held my paper work for 6 days,” said an exasperated Shaud. “This is completely heart breaking and I want nothing more than to raise my own daughter.”

Erik L. Smith, a paralegal from Ohio, who assists attorneys nationally in contested adoptions, echoed the frustration: “This shows what a sham the Utah system is. Not only are the laws burdensome, but even when a father follows the law the state can thwart him.”

Attorney Drage filed a motion to intervene in the adoption and served subpoenas on Vital Statistics employees. A judge ruled that Shaud had preserved his right to due process. For unknown reasons the judge was replaced by Judge Robin Reese, who reconsidered the matter. Reese refused to admit Drage’s evidence about Vital Statistics activities and denied Shaud’s intervention, citing Utah Code 78B-6-106(1). That statute does not excuse a parent from complying with the laws based upon any “omission of the other parent or third parties.” Reese considered Vital Statistics a third party and held Shaud responsible for the late filing. Reese rejected Drage’s argument that the State cannot deny an unwed father an opportunity to assert his parental rights.

Shaud faces a wait of several months while his case is appealed. Should he prevail, the adoptive parents will no doubt argue that the child should not be removed from the only home she has ever known.