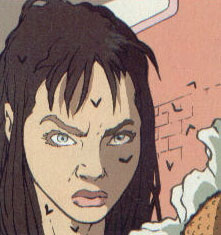 I’m in the middle of some other projects and won’t be able to post for a few days, but I had to share this news story out of Utah.

The girls must have been reading Ann Fessler–or OSUA. Hmm, no. Silly me! They’d not be allowed near a library or a computer. They’re Maternity Camp inmates.

Pregnant teens beat up group home employee then steal her van
The girls, ages 15 and 16, may be headed out of state
By Nate Carlisle
The Salt Lake Tribune

Posted: 10:55 AM- Three pregnant teenagers at a group home in American Fork are accused of beating their caretaker with a frying pan, tying her up and driving off in her van. Police are still looking for the three girls, who are from Illinois, Texas and California. The stolen vehicle is described as a 2005 Dodge Caravan, Utah license plate 128VTX. Police are not disclosing the girls’ names. The attack occurred Tuesday morning at a state-licensed home near 1000 North and 400 East that provides services to pregnant teenagers, said American Fork Police Sgt. Shauna Greening. “We haven’t had any problems with that home before,” Greening said. A caretaker at the home, Greening said, told police the teens hit her over the head with a frying pan then used electrical cords and duct tape to tie her up. They also put a sock in her mouth and wrapped her mouth in duct tape, Greening said. The teenagers then stole the caretaker’s purse, credit cards, cell phone, video camera and van, Greening said. The caretaker was able to free herself. She went upstairs and found another girl, a 17-year-old, who also was tied, Greening said.

The caretaker freed that teen and called police.

Anyone with information about the girls can call American Fork police at 801-763-3020. [email protected]

WELCOME TO 1962!
I did a quick search of maternity homes in American Fork (not that I expected a clump of them) and came up with New Hope Maternity Home, which I am 99.9% sure is the afore mentioned Bad Girls Home. (And if I’m wrong, you should know about this place anyway.) The location, in the foothills of the Wasatch Mountains, is breathtaking, the kind of place you might go to for a secret tryst or to hide out to write the Great American Novel if you could bring your own stuff to personalize the place. But for the “maternity girls” as New Hope likes to call its “residents,” the message is clear. You’re not gettin’ outta here, girl. Shut up! Behave. Conform. Comply.

Here are a few excerpts from New Hope’s propganda page, but be sure to read the whole thing. While you’re at it, take the slide show tour for a lesson in soft sensory deprivation. Then read Robert J. Lifton’s 8 Conditions for Thought Reform–particularly Mileau Control, Confession, and Doctrine Over Person to see how closely they align.

The setting is pristine and private, allowing your student to make significant modificatons in her life in a setting conducive to both growth and change

Location: Utah valley just North of Provo, Utah in the small comunity of American Fork. The benefit: In most cases, you need to act quickly to get your daughter out of her current situation and away from most of her friends. You don’t want her to go where they will have access to contact her, and it is also a great benefit to be far away geographically. By taking her totally out of her envirohment into a new, safe, and secure environment, she will be better abale to start making better choices.

New Hope students are enrolled in East Shore High School, an alternative school in the local Alpine School District. However, our students do their school work right here in our Maternity Home. As they complete each unit, our staff accompany them to the testing center at East Shore High where they complete tests and essays.

While adoption is not an easy choice, it can bring positive results for all involved. The choices made around an unplanned pregnancy are difficult in many ways. It is natural for a young woman to experience grief and loss when she chooses to let her child become a permanent part of another family’s life. This pain and feelings will eventually be replaced with a peace of mind and inner strength knowing that her child can experience a life of opportunities because she made the unselfish decision to give her child to an adoptive family.

Why is involuntary incareration of teen women in totalist indoctrination camps permitted?

If these “maternity girls” were of age, these shennighans would be illegal.