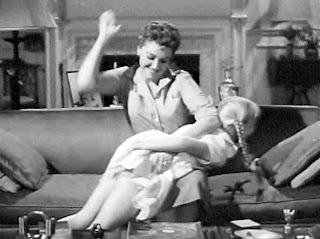 Hundreds of comments have been posted on the ABC Forum regarding records access and adoptee rights. Most of them are on our side, and they are heartening, encouraging, and exciting to read. I hope posters in states with access bills pending will hit the streets running.

Here’s am unaltered sample of not-so-happy campers According to them, adoptees are selfish, ungrateful, homewreckers, blessed, chosen, ununderstanding, and uncompassionate. Paula Benoit is selfish and arrogant. Baby dump laws are an alternative to records access. First moms are egg donors. If this keeps up, maybe NCFA will go broke paying off its stringers.

AND THE WINNER IS!
“As an adoptive parent of four wonderful children i must ay just because the child comes from the viginia a woman does not make her the MOTHER of that child. A Parent is the persons who love and nurture that child forever. Iam truly blessed by our children”…PapaW

1ST RUNNER UP (tie)
Oh, whine, whine, whine! Those adopted should feel blessed – they were chosen, not a happening. Be happy with what you’ve got. Stop creating strife and heartbreak in other families. They want to remain anonymouse. Let them be!”…lallen

“Shame on Ms. Benoit for using her political position and taxpayer money to pursue a personal interest. She should be made to pay back taxpayer dollars. Besides her parents didn’t want their names revealed and she has spoken out like a bad child. I’m glad I don’t live in Maine”…jimmylmiller

2nd RUNNER UP
“Why can’t the adopted be understanding about the choice their mother made. They at least didn’t abort them, I didn’t want to leave any kids in this world. Someday in the future I think Many people will wish they hadn’t been brought in to this world. You know it’s getting bad when we think its time to store all the seed types to in the world to protect them for the future.”..razor1blades 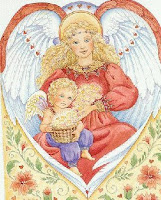 FINALISTS
“And Loogaloo, you’re WAY OFF BASE!! Adopted children do have an identity, and they do belong and they are always ‘more than’. They were CHOSEN!!!”…lallen

“This is all such CRAP that adopted children have/should know who their birth parents are. NO person “should” have that right when the parent(s) who placed them up for adoption does not want to be “found out”. One happy-ending-reuniting between one birthmom and her child she placed in adoption does not make a good argument for ALL records to be open. The only fair solution is for a standard national database for all who want to be found be available. The child should know what, if any pertinent medical info pertaining to their family history is known, but to invade the life of another so you can have “closure” or to “find yourself” is crap and not a good enough legal reason to exploit the privacy wants and needs of another. At least you were allowed to live”…jesspm

“As an adoptive parent of 4 wonderful children I would like to say just because the child comes from the womb of a woman it doesnot make her the mother. The parents who love and nurture the child through out their lives are the TRUE parents. WE AM rich beyond words because of the blessings OUR children have given us”…papa smurff
“The decision of confidence and privacy should NOT be left up to the courts and/or the adoptive child. It should up to the woman who is making the decision to have the baby- wether they want their personal information and/or where-abouts to be released. The courts should only be there to execute and abide by the birth Mother’s wishes. Although, I do think health forms (ie. history of health problems, genetics, blood type, deformities, and/or ethnicity- for example) could be filed away in accesible documents for the adoptive child to obtain, for health reasons, for their children’s interest, or for their children’s children”…rebwells

“My goodness, there’s a lot of self-righteous talk on here. I don’t see much compassion for the situation other people may find themselves in. It seems as though people just want what they want, much like Paula Benoit who seems arrogant to me.Before you classify me, let me explain that I am adopted and I also had a child out of wedlock in 1969 (pre-Roe v. Wade) and it gives me a particularly comprehensive view of these questions. Even though birth mothers were not guaranteed confidentiality of anonymity, I can tell you from experience that we were told, “No one will ever know.” In 1969 things were so different from how they are now. The shame of being pregnant and single was nearly unbearable. There are also birth mothers who have relationships now that would suffer if their past were revealed.On the other hand, not knowing where one comes from is very hard. Not knowing ones medical history can even be dangerous. Never having the answers to some of these questions clearly weigh heavily on people’s minds. Personally, I’m lucky. I don’t have a burning need to know, although it certainly would be interesting to me to know what part of the gene pool I arose from.In my opinion, the states ought to be invested in helping birth mothers and their biological children find each other, but ONLY if both want that. And it must be remembered that not all stories of reunification end happily for all involved”…cozmosmom 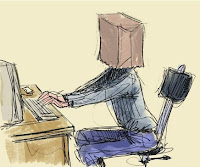 “We have three adopted children who are now adults. We may never had been able to adopt them had the mother not been guaraneed her privacy. At a minimum, a child should never be allowed access to the records of their birth parents without the court having obtained permission of the birth parents. Senator Benoit appears very self serving with no regard to the privacy guarantees given her birth parents”….Carl J. Olsen

“Here in Massachusetts many of us are proud of the “Safe Haven Law”. This law allows a mother, for whatever reason, to drop off her newborn in a safe place and remain anonymous. I think the need for this law shows the desperate need some woman have to remain anonymous. The need for the Safe Haven Law was felt when we had some infants that were put in harms way with bad outcomes due to the fact the birth moms were not able to go through the appropriate process. Pregnancy can become a desperate time for some and adoption should be an option for them that is presented with kindness, understanding and options. Remember adoption is a triad…birth parents…baby…adoptive parents…all having special needs, joys and sadness. As an adoptive mom of 3 adult children I am very aware, and there is no easy answer”…Jean

“I am adopted but do not want the records opened. I was recentally contacted by a person who said they were my sister. What a shock. I dont care for my private life to be inturpted. My first thought was I was being scamed. Will my adoption cause harm to my family”… Jane from IL ” I have adopt four children and I do not want my children to look for there egg donor, so I hope we keep laws to seal records and I am grateful that we have laws in my state to keep records sealed”…meritweety

12 Replies to “THE VIGINIA MONOLOGUES: ANTI-ADOPTEE RANTS FROM THE ABC FORUM”